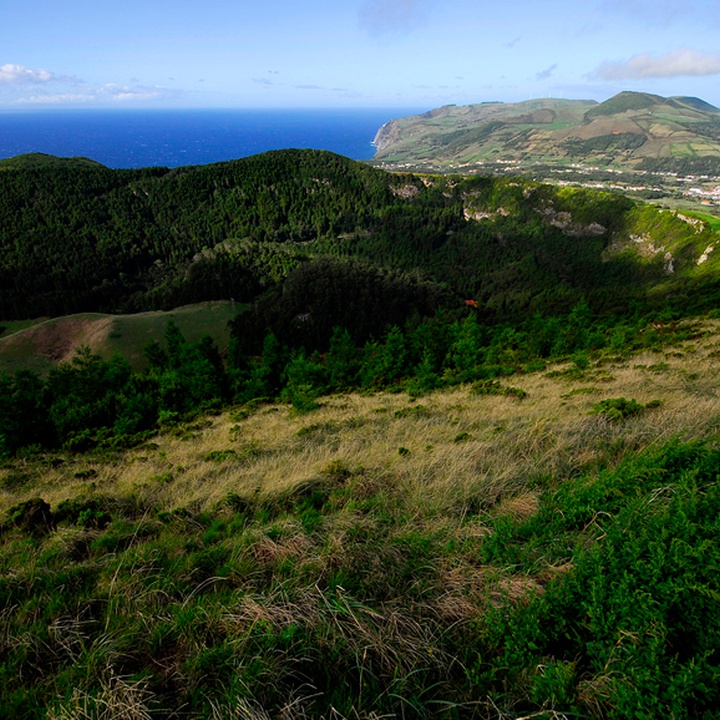 The Vulcão Central, located in the southeast area of Graciosa, is the most impressive volcanic form of the island. After its caldera´s formation, there was an important Hawaiian episode in this volcano that ended with a collapse in the caldera’s inside, followed by the draining of lava through the Furna do Enxofre (cave).

The thermal springs of Carapacho and the Baía dos Homiziados, located in the southeast end of the island, and some gaseous fumes represent the secondary volcanism in Graciosa Island. However, the main degasification field is inside Furna do Enxofre, which includes the existence of a fumarole and intense degasification.

The most recent eruption of the island was less than 2000 years ago and built a scoria cone on top of the Serra Dormida, the Pico Timão.