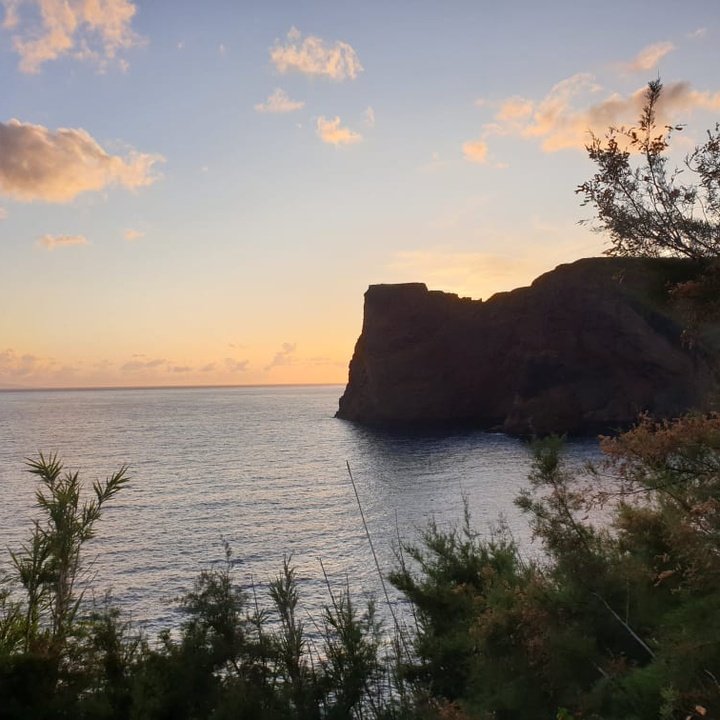 In morphological terms, this island is essentially plateau, with about two-thirds of its surface at altitudes varying between 300 and 800 metres, and the predominant existence of very accentuated to steep slopes, namely on the coastal cliffs, some of which with around 600 metres high. It is often at the bottom of the sea-cliffs, the existence of small areas flattened at sea level, the famous fajãs, a singularity of this island.

The fajãs are the most typical geological phenomenon of São Jorge. There are about 74 across the island, formed by two processes: lava flows, when lava flows advanced into the sea; and mass movements strand (detrital), this is, when by the instability of the sea-cliffs and the erosive action, moving debris accumulates at the base of these. In the eastern part of the island (the oldest) have formed the most peculiar detritic platforms: of Cubres; of Caldeira de Santo Cristo; of Vimes; of Bodes and of São João.

São Jorge was the scene of many historical eruptions since its settlement. The last volcanic phenomena occurring on the island were subaerial eruptions in 1580 and 1808 and the submarine eruption of 1964, at the southwest of Rosais.