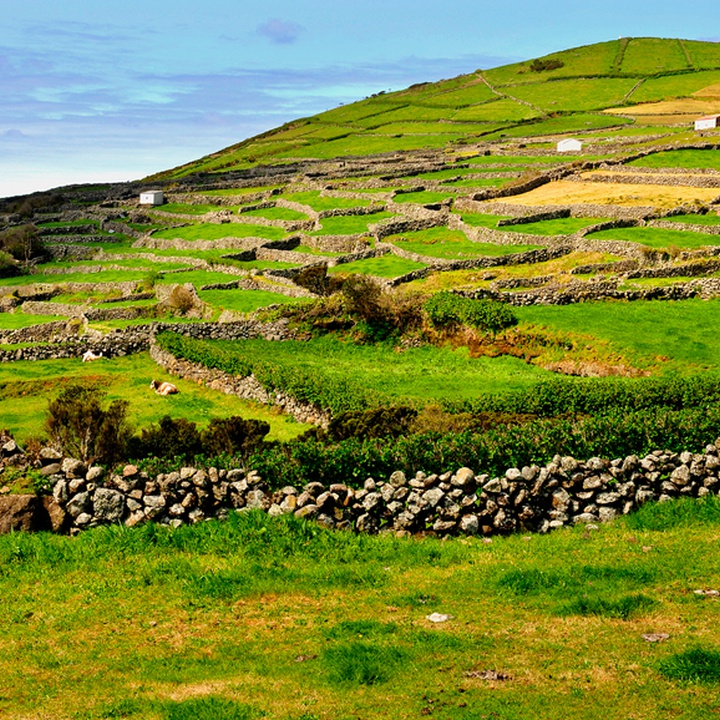 Corvo is the smallest and northernmost island of the Archipelago and forms, together with Flores, the Western Group of the Azores.
Its morphology resembles an asymmetrical egg with an area of 17.2 km² and a maximum altitude of 720 metres on the Morro dos Homens (southern edge of the Caldeirão).

The island is 6.5 kilometres long north-south direction and has a maximum width of 4 kilometres. It is at a distance of about 28 kilometres (15 nautical miles) from Flores. This division between the two islands is known as Canal Corvo-Flores (water channel).

The latitude and the longitude of Corvo are 39°40'19"N and 31°6'42"W. It has no parishes, only one county, the Vila do Corvo, where the resident population is approximately 430 inhabitants.

It has an Atlantic temperate climate, with annual average temperatures between 13 °C in winter and 22 °C in summer and relative humidity from 74% in October to 85% in June.