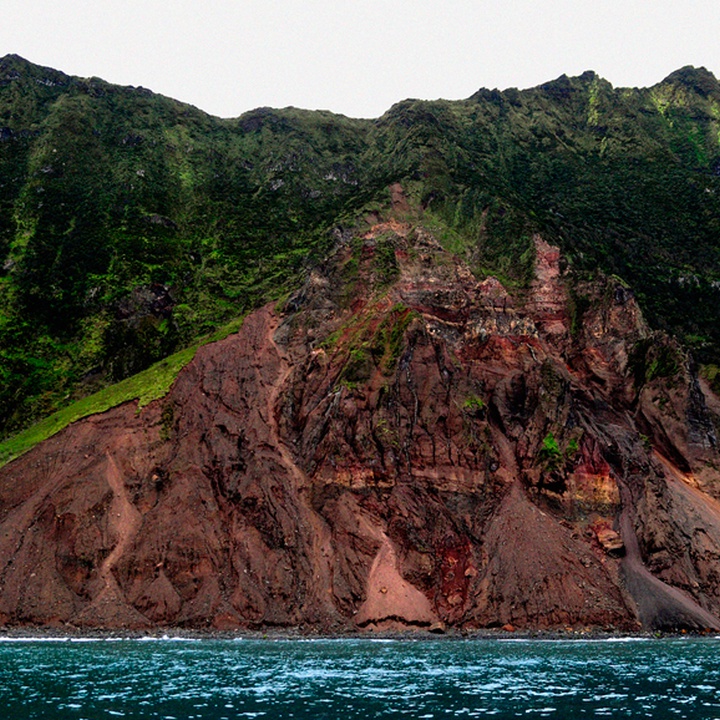 Located on the North American Lithospheric Plate, the island of Corvo emerged about 700 thousand years ago and consist of a stratovolcano or composite volcano, this is, a volcano formed by pyroclastic levels alternating with lava levels.

The volcanic landscape of Corvo has a set of very peculiar forms and characteristics, which are related mainly to the types of volcanic eruptions to which it was subjected. Stands out the collapse caldera with 2.3 x 1.9 kilometres in diameter and a maximum depth of 305 metres, the Caldeirão.

In the south of the island is the village, installed on a fajã generated by basaltic lava flows originated from secondary volcanoes of Corvo´s stratovolcano, such as the Morro da Fonte.

The island is surrounded by steep sea-cliffs, the higher of the Azores that reach 718 metres altitude on the west coast and house bays formed by coastal lava cords and some islets.