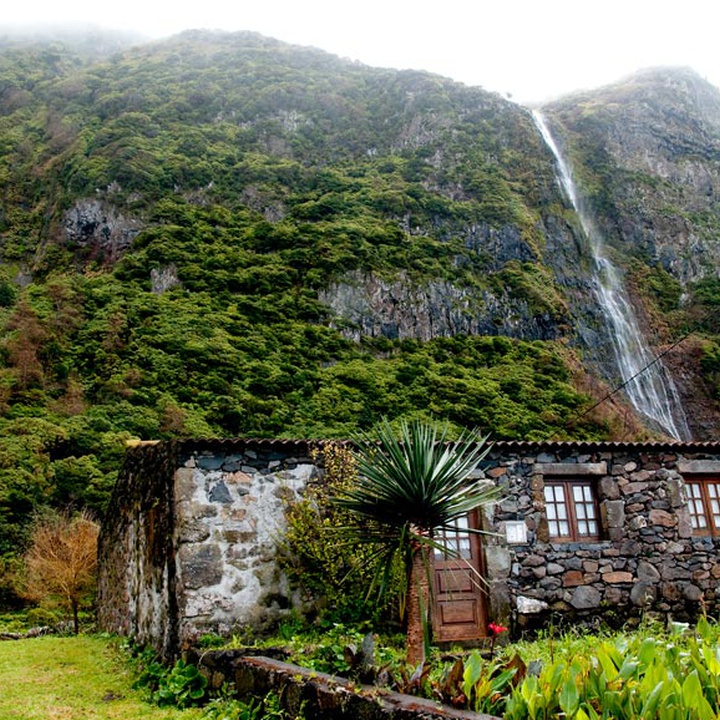 Flores is the fifth oldest island of the Azores, with approximately 2.16 million years, and reaches its maximum height of 914 metres in the volcanic cone of Morro Alto.

As well as the neighbouring island of Corvo, the Mid-Atlantic Ridge separates Flores from the rest of the Archipelago, being these islands located in the North American Plate.

Regarding volcanism, it is important to mention the existence of an active volcanic system, the Lagoas Volcanic System. It includes the central plateau and the most recent volcanic activity recorded on the island, which began about 4000 years ago, after a long inactivity period of about 200 thousand years. The most recent eruptions occurred 3000 years ago.

Geologically, on this island exists the greater quantity and diversity of maars, which correspond to monogenetic volcanos. The maars are associated with hydromagmatic activity, resulting from the interaction between the rising magma and the water on the overlying rocks, from which form explosion craters “embedded” on the surrounding areas, being most of them occupied by lagoons, such as in the cases of Lagoa Seca, Lagoa Comprida and Lagoa Funda.