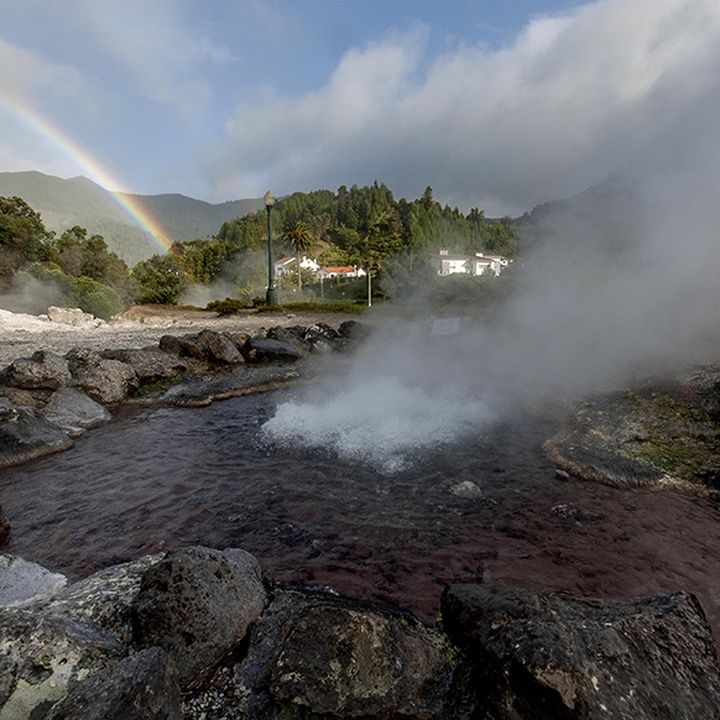 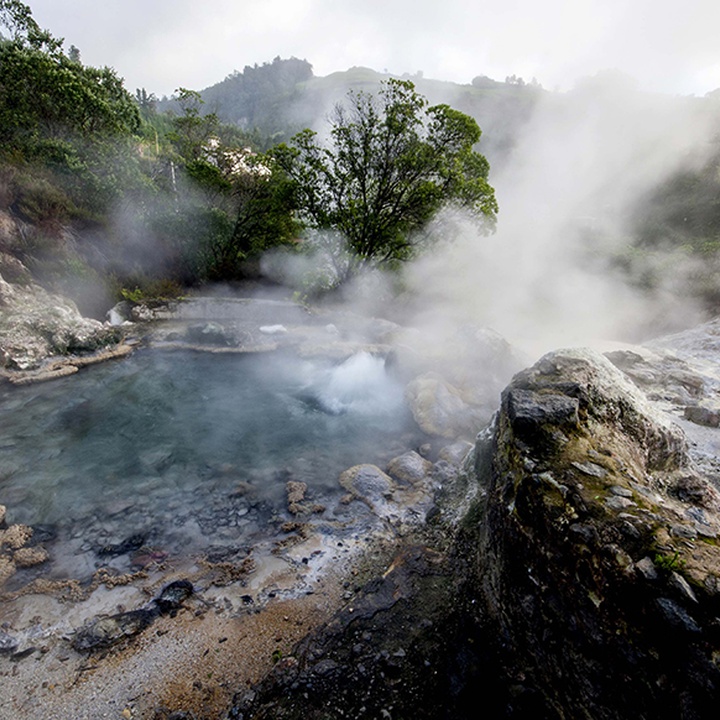 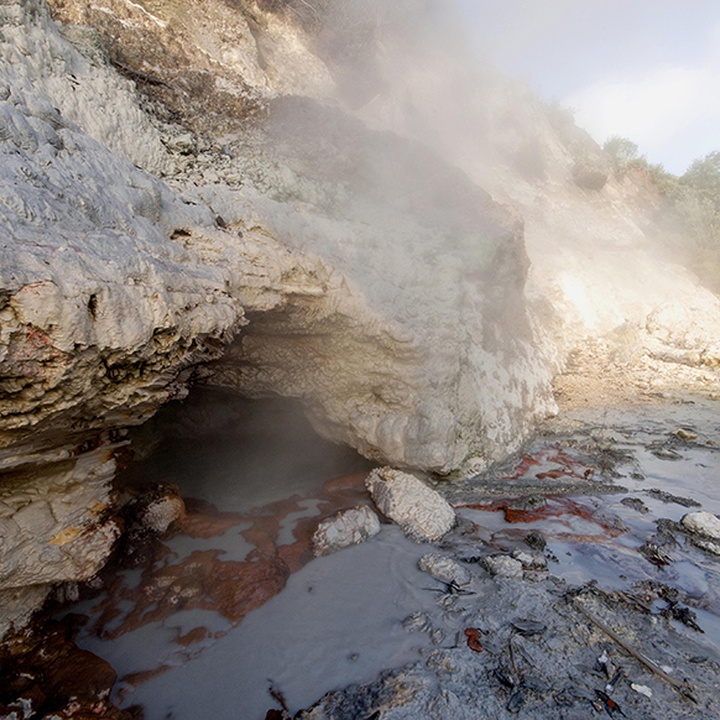 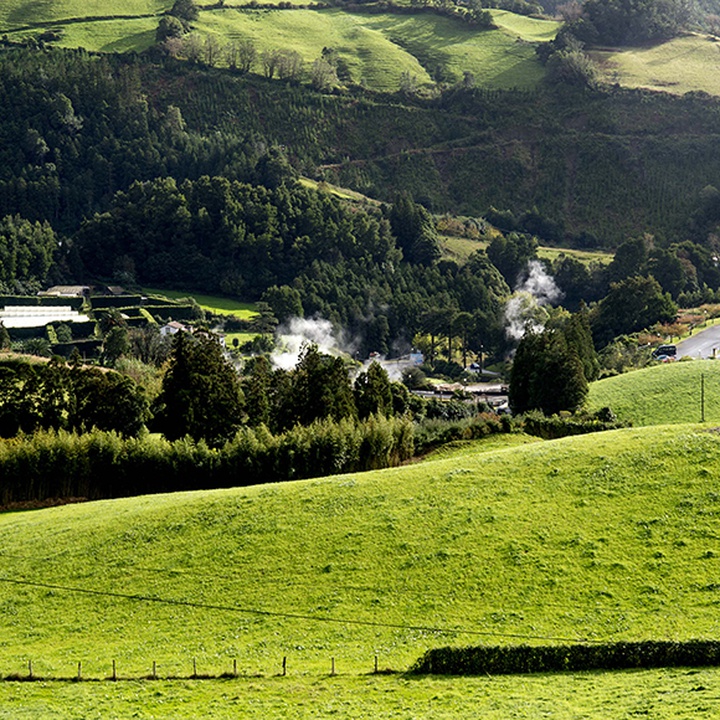 This area occupies 3150 hectares and its classification was based on all the geomorphic and hydrologic uniqueness of Caldeira das Furnas, with an elliptic shape and a diameter of 8 kilometres maximum and 5.6 minimum.

This caldera features the Lagoa das Furnas (lagoon), with about 200 hectares of surface, the manifestations of secondary volcanism and the combination of natural and cultural values, such as thermal baths and the“Cozido das Furnas” – a gastronomic dish, cooked inside holes on the hot volcanic ground, for about 5 to 6 hours.

Furnas is considered one of the largest hydro poles in Europe, due to the wide variety of thermal and mineral water springs. From these highlights the Poça da Dona Beja, hot spring water appreciated for its medicinal benefits.

In the past, this area had a large patch of natural forest that was gradually being exploited. Currently, in the dominant plant communities, there is a large number of exotic species, some are invasive such as the Gunnera tinctoria and Acacia melanoxylon. Punctually, arise specimens of endemic natural flora individually or in small groups as Ilex Azorica, Viburnum treleasei, Laurus azorica, among others. The lagoon borders have a great richness of bryophytes, demonstrating leafy hepatics.

The recovery project of this lagoon has reintroduced thousands of endemic and native plants, which thinned or were extinct at this location, such as Picconia azorica, Juniperus brevifolia and Frangula azorica.

Regarding the avifauna, the Lagoa das Furnas is an excellent place to watch the Ardea cinerea. The forested area around works as a source of food and shelter, allowing the observation of several endemic subspecies of the region such as the Fringilla coelebs moreletti, the Regulus regulus azoricus and the Buteo buteo rothschildi. The surrounding area is characterized by a high number of species of invertebrates, some of which are endemic. It can also be found the Nyctalus azoreum. Concerning the aquatic fauna, are in the lagoon the Rutilus rutilus, Cyprinus carpio, Esox Lucius, among others.

On the south margin of the lagoon is the Furnas Monitoring and Research Centre with relevant information about the Furnas history, the geosite and the rehabilitation plan of its water mass.

Besides the visit to several viewpoints, in this protected area is also possible to do walking trails such as Lagoa das Furnas (PRC06SMI) and Pico do Ferro (PRC22SMI).

The Volcanic Complex of Furnas is classified as Ramsar Site since 2008 under the Convention on Wetlands and comprises a Special Protection Area (SPA) within the Nature 2000 network. The Lagoa das Furnas is still classified as a protected body of water through the “Plano de Ordenamento da Bacia Hidrográfica da Lagoa das Sete Cidades” (Furnas Lake Land Development and Watershed Plan) (POBHLF). Together with two other protected areas of Povoação and Nordeste councils, it was awarded the European Charter for Sustainable Tourism in Protected Areas by the EUROPARC Federation.