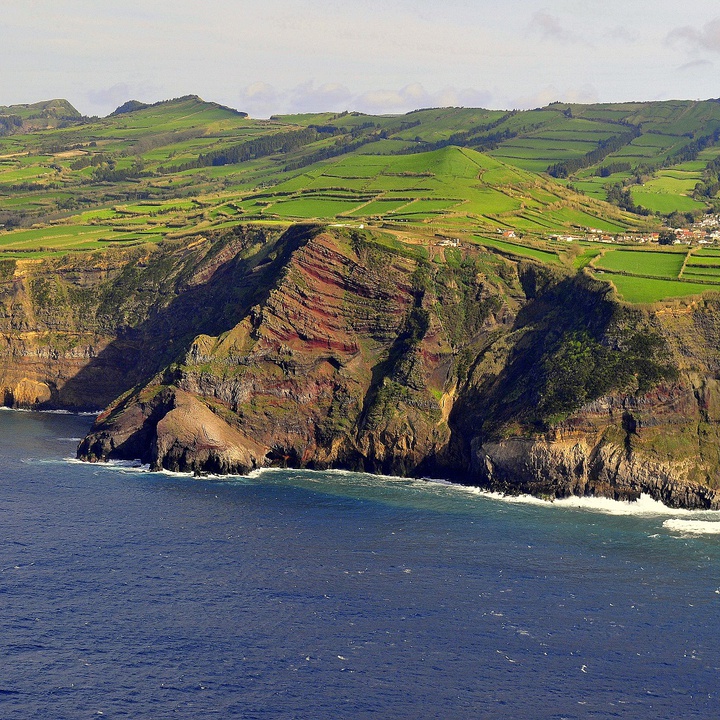 This protected area occupies 68 hectares and includes the entire coastline from Ponta da Ferraria to lava delta of the Mosteiros.

The coastline has small ledges, which includes the Ponta do Escalvado and small isolated rocks forming small islets. It consists of high sea-cliffs formed by lava flows, mainly basaltic, alternating with pyroclastic materials, dominated by red dark “bagacinas” (lapilli) and yellow tufts, crossed occasionally by some veins, resulting from cracks and/or fractures filled by magma.

The whole hillside of this area is an important habitat for nesting of some sensitive and considered endangered species such as the Calonectris borealis and Puffinus lherminieri baroli, both included in diplomas such as the Birds Directive and the Bern Convention. In terms of flora, there is the Morella faya, the Erica azorica, the Euphorbia azorica, the Solidago azorica and the Festuca petraea.

Given the presence of floristic and faunal protected species and priority habitats, this area is classified as an Important Bird and Biodiversity Area (IBA) by BirdLife International organization and as CORINE Biotope.