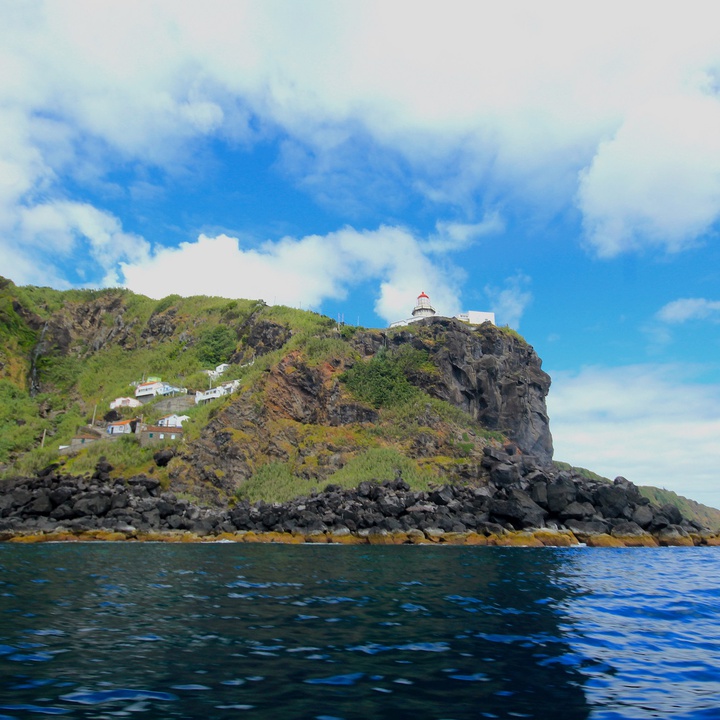 With 22 hectares, this area develops from the Ribeira da Ponta do Arnel to Ponta da Lomba da Cruz, including a track from the seashore to the sea-cliff edge.

Apart from the northern edge of Ponta do Arnel, its coast is linear and characterized by high precipitous cliffs almost with vertical profile, cut by water lines and bordered by detrital boulders, resulting from slopes movement.

Due to its sea-cliffs being important sites of seabird nesting as Calonectris borealis and Puffinus lherminieri baroli, this area is part of the Important Bird and Biodiversity Area (IBA) Faial da Terra e Ponta do Arnel classification of the BirdLife International organization.

Due to its rugged morphology, its slopes maintain some natural vegetation, especially the Festuca petraea, the Morella faya, the Erica azorica and the Euphorbia azorica.

In terms of patrimony, stands out the Arnel Lighthouse, built at the end of the 19th century and opened to the public on 24 November 1876. It was the first lighthouse constructed in the Azores and has a white prismatic tower with 15 metres of height. At Ponta do Arnel, it is also possible to visit the Porto da Vila do Nordeste (harbour), built in the 16th century by order of King D. João III, that includes a dock, a ramp and some support houses.