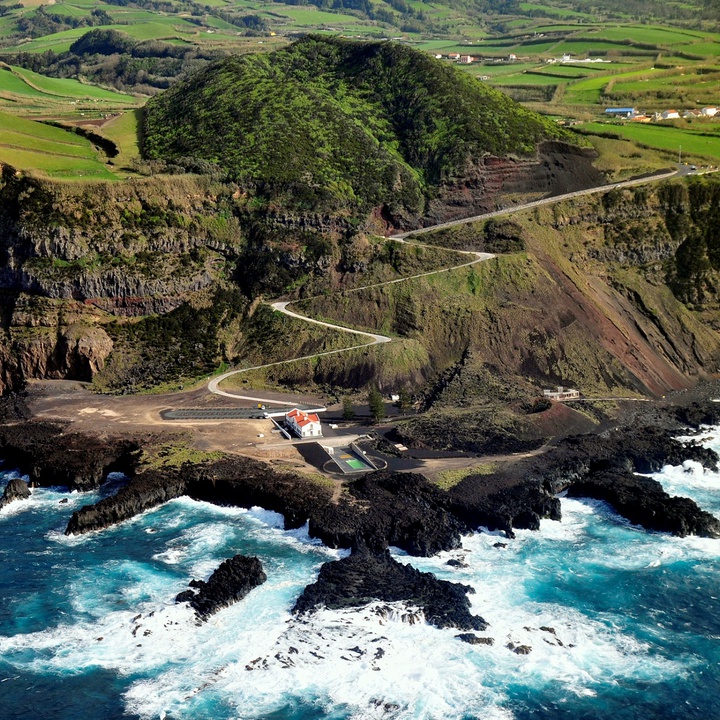 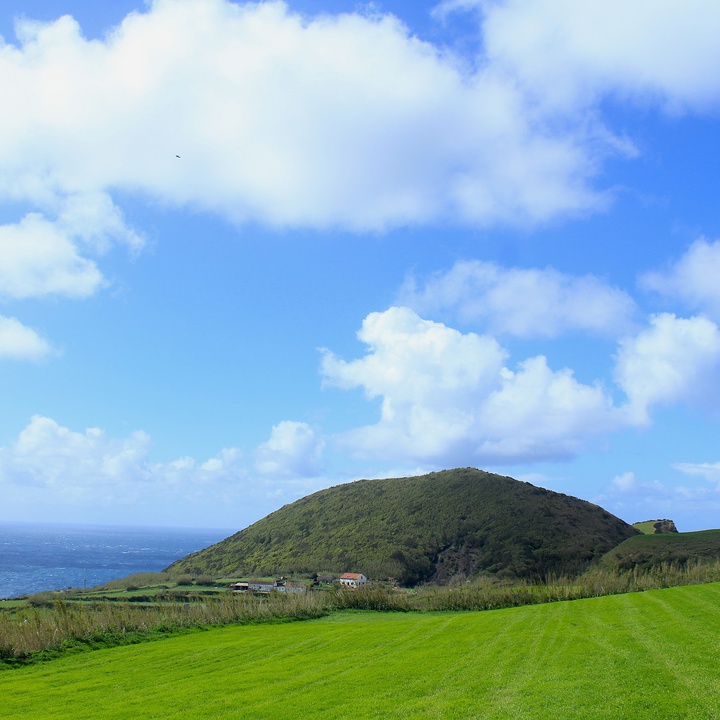 With 40 hectares, this natural monument is located in the west end of the island and features a diversity of geological structures, especially the Pico das Camarinhas, the lava delta of Ponta da Ferraria and a small trachytic dome located behind, at the east of Pico das Camarinhas.

Pico das Camarinhas is the scoria cone that emitted the basaltic lava flows that reached the old sea-cliff and spread at its base, forming the Ponta da Ferraria lava delta, about 900 years ago. The old coastline was preserved in the form of a fossil cliff (about 100 metres high) and at the lava flow of Ferraria, it is possible to observe several xenoliths, i.e. fragments of rocks formed a few kilometres deep and brought to the surface within the rising magma.

Further south of the lava delta there is a small natural pool which seawater is heated by a thermal spring, reaching temperatures of around 40 °C next to the rock by the spring and at the time of low tide. The thermal water of Ferraria, composed of sodium chlorinated (as a result of thermal water mixed with salt water), rises at sea level with temperatures of around 60 °C.

This natural monument is an important nesting area of the Calonectris borealis and the Puffinus lherminieri baroli, classified for this reason as Important Bird and Biodiversity Area (IBA) of the BirdLife International organization.

Associated with Erica azorica  and Morella faya we can find some endemic insects such as the moths Ascotis fortunata azorica and Cyclophora azorensis, the small Argyresthia atlanticella and the Cixius insularis that only exists in São Miguel. In terms of marine invertebrates, deserves special mention the Melarhaphe neritoides and the Littorina striata. In the hot water springs, there is a great diversity of extremophile microorganisms such as some bacteria.

Regarding the Azorean natural flora stand out the presence of Morella faya, the Erica azorica), the Festuca petraea and the Myrsine retusa. In terms of aquatic vegetation, it can be seen the following species of algae: Enteromorpha linza, Ulva rigida, Fucus spiralis, Corallina officinalis, among others.

This area, located between two Protected Areas for the Management of Habitats or Species, constitutes a geosite of the Azores UNESCO Global Geopark and its adjacent marine zone is a Protected Area of Resources Management.