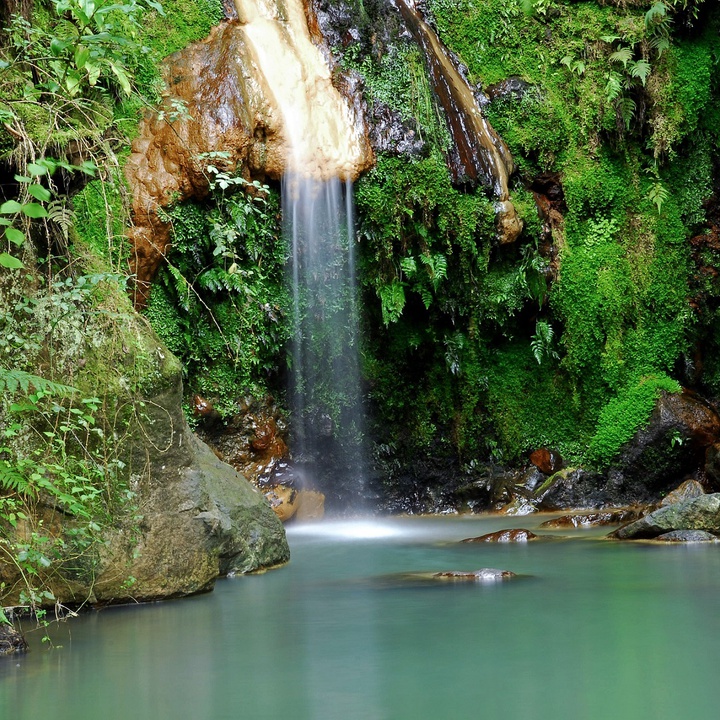 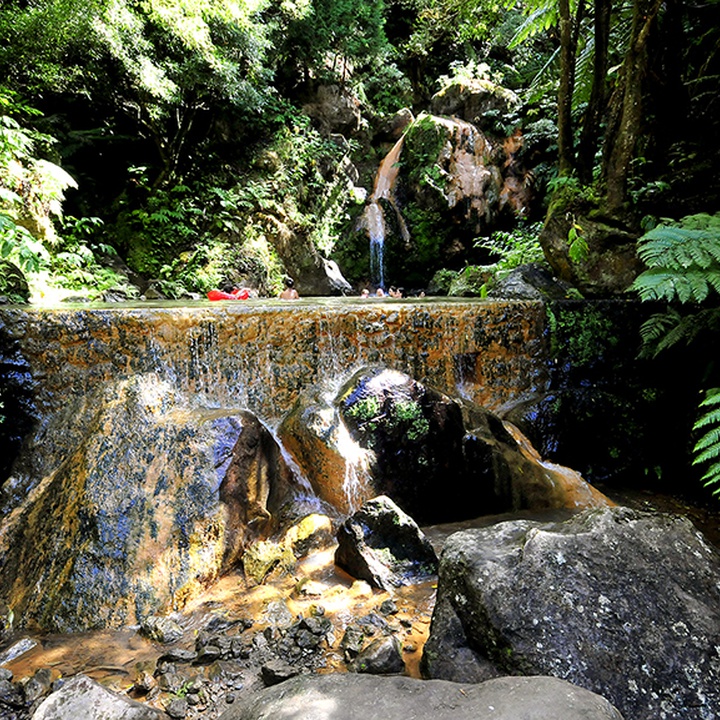 With 13 hectares, the Caldeira Velha Natural Monument it is located on the north side of Serra de Água de Pau, near the Lagoa do Fogo, and occupies an uneven relief area, deeply implanted in a fault valley, general NNW-SSE orientation (north-northwest/south-southeast), surrounded by huge scarps.

It presents a set of manifestations of secondary volcanism as a fumarole field and an iron-rich thermal spring that flows from a fracture at the base of a thick trachytic lava flow, currently with temperatures around 32 °C, while at the small dam near the waterfall, the water temperature is between 25 °C and 28 °C. Downstream are thermal pools where the water is heated by the fumarole (reaching temperatures of about 38 °C), making it possible to enjoy a relaxing thermal bath.

Although intensely changed, regarding to vegetation, dominated by Cyathea cooperi, Acacia melanoxylon, Pittosporum undulatum and Hedychium gardnerianum, it is possible to observe some flora specimens native of the Azores as Erica azorica, Hypericum foliosum, Ilex Azorica, Hedera azorica, Calluna vulgaris and Osmunda regalis.

Regarding the birds you can see the Buteo buteo rothschildi, the Fringilla coelebs moreletti, the Motacilla cinerea patriciae, and the Turdus merula azorensis. In the stream waters, you can see the Pelophylax perezi.

The Caldeira Velha Environmental Interpretation Centre displays information about the Azorean natural heritage and the thermal and geothermal phenomena of São Miguel Island.

This area abuts part of the outside boundary of the Serra de Água de Pau Protected Area for the Management of Habitats or Species and is classified as a Ramsar Site under the Ramsar Convention.