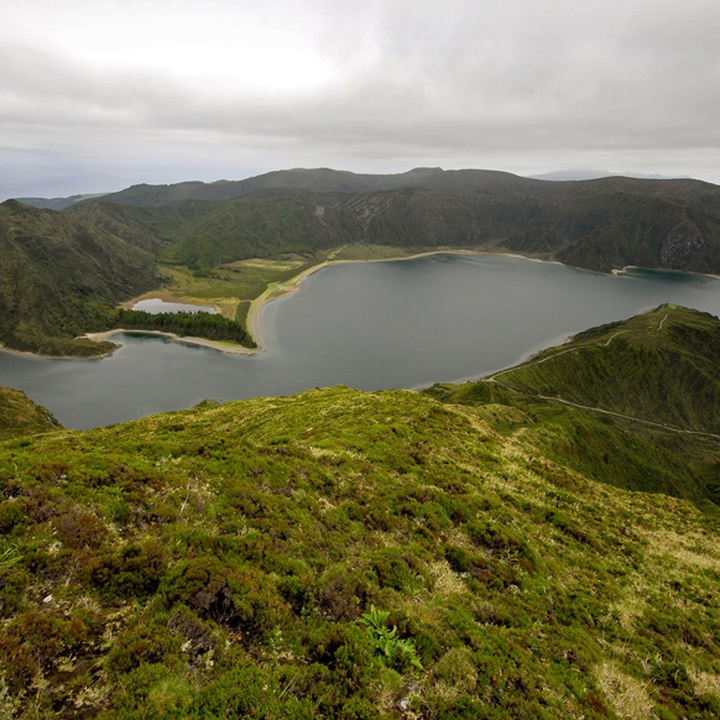 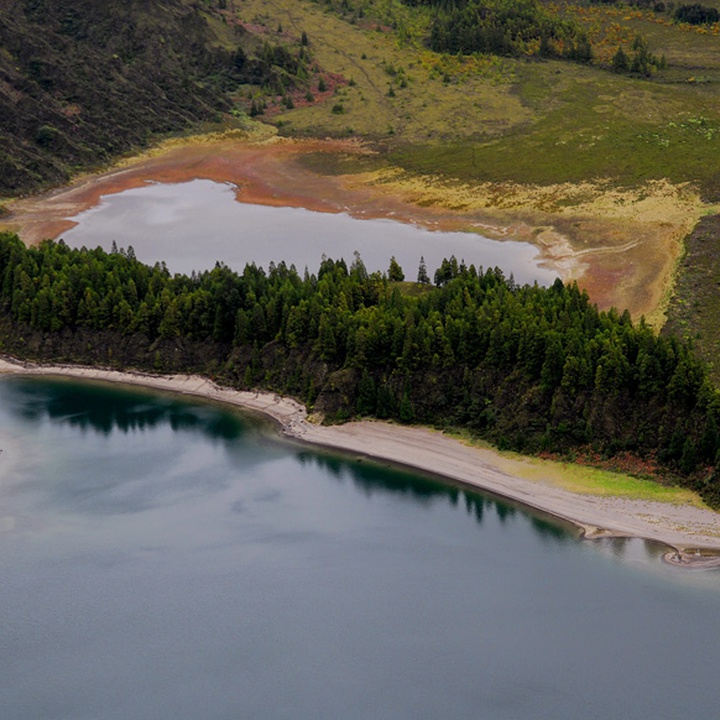 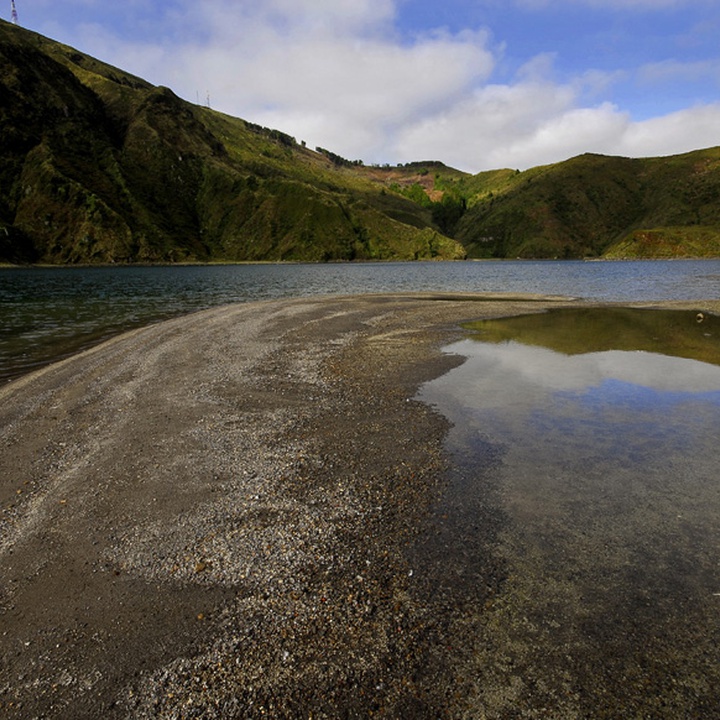 The Lagoa do Fogo Nature Reserve occupies a central position on São Miguel Island, has an area of ​​506.82 hectares and corresponds to the collapse caldera of Fogo volcano, also known as the Serra da Água de Pau Volcanic Massif.

Fogo volcano is a central volcano of trachytic nature, formed along the last 300 thousand years and has a summit collapse caldera. Caldeira do Vulcão do Fogo – the smallest and youngest caldera of the island, formed at about 15 thousand years ago – has an irregular shape, an average diameter of 2.8 kilometres and is partially occupied by the Lagoa do Fogo (lagoon).

Inside the caldera, there are about 40 water lines, 18 of which flow directly into the lagoon. The lagoon water feeds some springs located in its tracks, and it is important for the water supply of the counties of Vila Franca do Campo, Lagoa, Ribeira Grande and Ponta Delgada.

The inner edge of the caldera presents steep and jagged slopes, covered in natural woodland, with abundant and diverse endemic flora. Some of the endemic species are representative of the ancient Laurel Forest, such as Vaccinium cylindraceum, Ilex Azorica, Erica azorica, Laurus azorica and Viburnum treleasei.

Despite the remoteness of the sea, nests in this protected area a large colony of Larus michahellis atlantis and Sterna hirundo.

Besides the visit to several viewpoints, one can access the lagoon’s margins through the Praia - Lagoa do Fogo (PRC02SMI) walking trail. The pumice beach on this lagoon's margins was awarded the best wild beach of Portugal within the 7 Wonders – Beaches of Portugal contest.

Given the importance of its ecosystem and the presence of protected flora and endemic fauna, Lagoa do Fogo was classified as a Ramsar Site, under the Ramsar Convention, and includes the Special Area of ​​Conservation (SAC) Lagoa do Fogo, under the Natura 2000 network and the CORINE Biotope environmental project. It is bordered by a Protected Area for the Management of Habitats or Species.