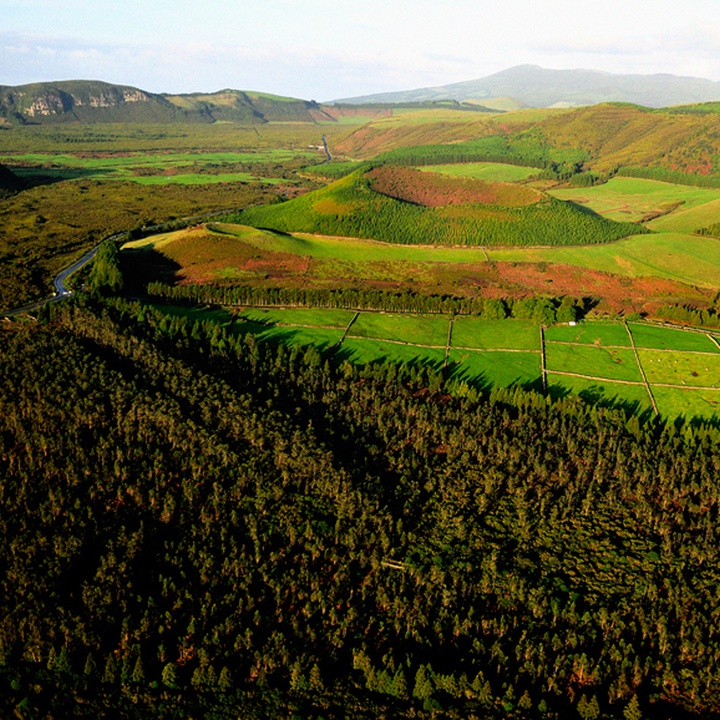 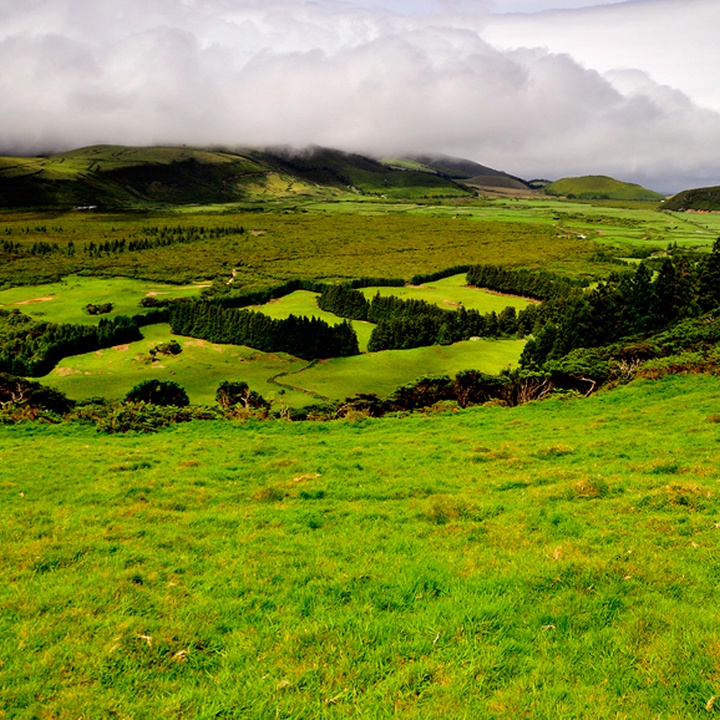 Located on the central zone of the island, this area occupies 1218 hectares and has a maximum altitude of about 660 metres.

Caldeira de Guilherme Moniz, placed at the top of the central volcano with the same name, is a northwest-southeast elongated collapse caldera, with a maximum diameter of 4 kilometres and a minimum of 2.5 kilometres. Only its south edge is preserved, namely the Serra do Morião where are exposed thick lava flows and trachytic domes, sometimes with prismatic jointing. On the other hand, the north part of the caldera was altered by the installation of domes and coulées, more recent and associated with the Pico Alto Volcano.

This caldera’s interior, with a flattened bottom and partially covered by recent basaltic lava flows emitted from the Algar do Carvão volcanic system at about 2000 years ago, includes an important hanging aquifer, evidenced in the several water springs that occur in the outer slopes of the massif, which are example the Furna d' Água and the Furna do Cabrito, used for public water supply.

The Macaronesian woodlands and the Sphagnum sp. peatbogs ensure the refill of the aquifers that exist in the Guilherme Moniz Volcano, as evidenced by the water springs that exist in the “furnas” (volcanic caves) mentioned above and the ones that occur in the south flank of this volcano.

Here it is possible to observe the coexistence of the natural landscape with the humanized landscape that resulted from the farming and cattle breeding activities, where the wild cattle, like the fighting bulls, finds its maximum exponent.

Of the existing species of endemic flora, stand out the Erica azorica, the Laurus azorica and the Vaccinium cylindraceum.

Regarding birds, stand out the Buteo buteo rothschildi, the Columba palumbus azorica, the Turdus merula azorensis, the Erithacus rubecula, the Fringilla coelebs moreletti, the Sylvia atricapilla atlantis and the Motacilla cinerea patriciae.

Sometimes, the only mammal endemic to the Azores – the Nyctalus azoreum – can be observed here.

It is possible to cross several sectors of this protected area through the Passagem das Bestas walking trail (PRC07TER).

This caldera is classified as a geosite of the Azores UNESCO Global Geopark and the north end of this area belongs to a Special Area of Conservation (SAC) within the Natura 2000 network.