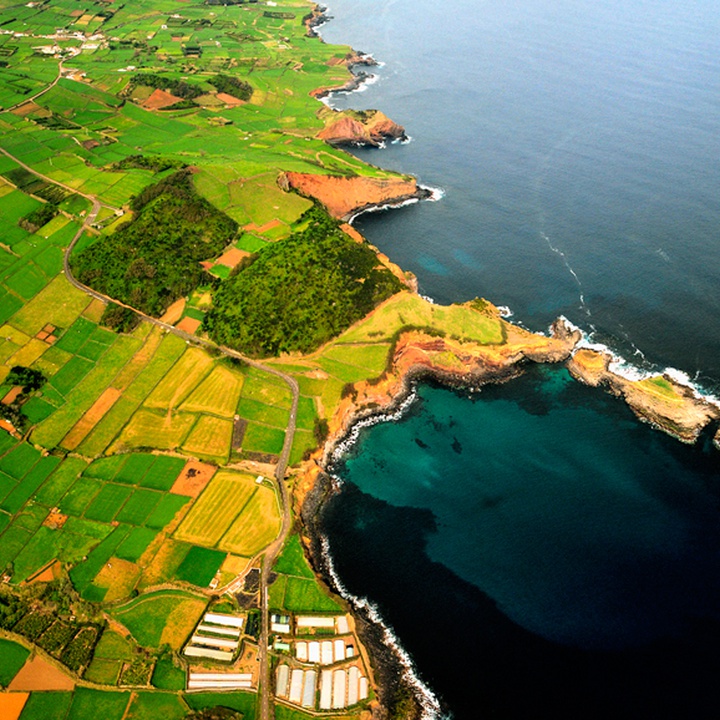 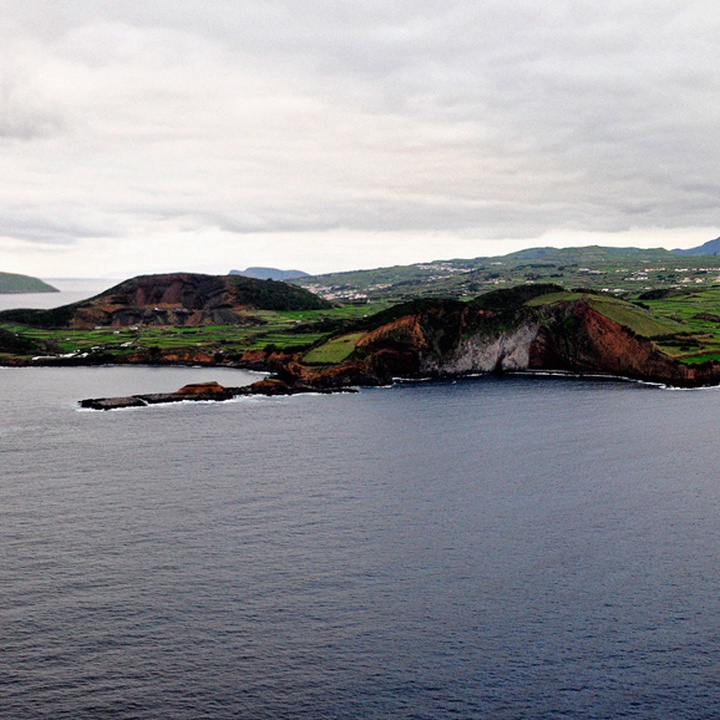 Located on the southwest coast of the island, this area occupies about 91 hectares, with a maximum altitude of approximately 148 metres.

This protected area is constituted by Ponta das Contentas, Baía de Mós and three islets formed by marine erosion, being also a significant nesting habitat for seabirds, where there are also endemic flora species of the Archipelago.

The southwest part – including the Ponta das Contendas – belongs to the fissural basaltic zone, the most recent volcanic system of the island, with basaltic lava flows and about 70 scoria cones distributed through the central part of the island, through the Cinco Picos’ zone and through this protected area. Pico dos Cornos and the Contendas scoria cone (lapilli) are examples of those scoria cones, being the latter the most recent, therefore, with loose pyroclastic deposits of dark colour and scarcely altered.

Baía das Mós (bay), also called Baía da Mina, is delimited by high and distinctive rocky tips, with basaltic lava flows at their base, covered by pyroclastic materials (including volcanic ashes), with well visible stratification. The marine erosion of this area is responsible for the formation of the islets Ilhéu do Feno, Ilhéu dos Garajaus and Ilhéu da Mina, which used to belong to the peninsula bordering Baía das Mós to the north.

In this protected area, nest colonies of seabirds as the Roseate Term (Sterna dougallii), the Common Tern (Sterna hirundo) and the Cory's Shearwater (Calonectris borealis), which can be observed on the Fortes de São Sebastião walking trail (PR05TER).

This area borders with the Costa das Contendas Protected Area of Resources Management, the Ponta das Contendas Special Protection Area (SPA) within the Natura 2000 network and integrates an Important Bird and Biodiversity Area (IBA) of the BirdLife International organization.