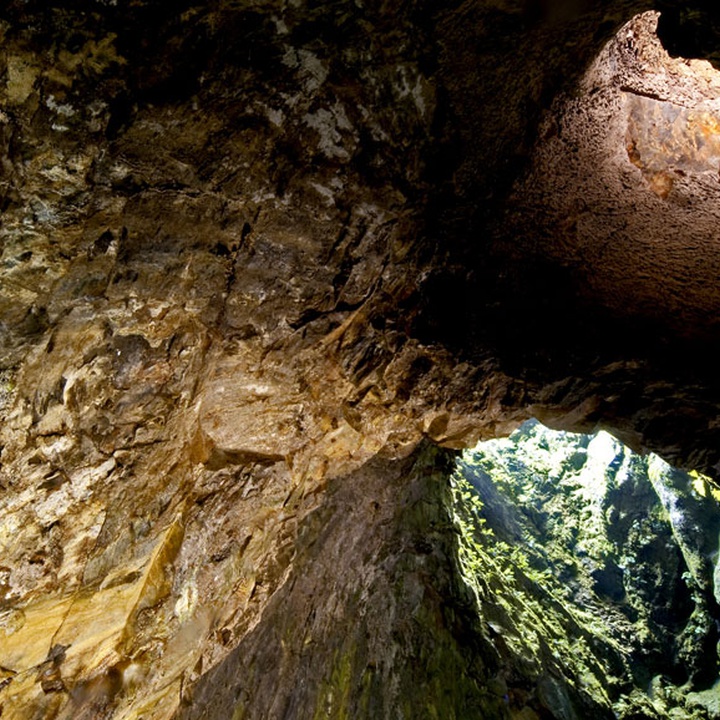 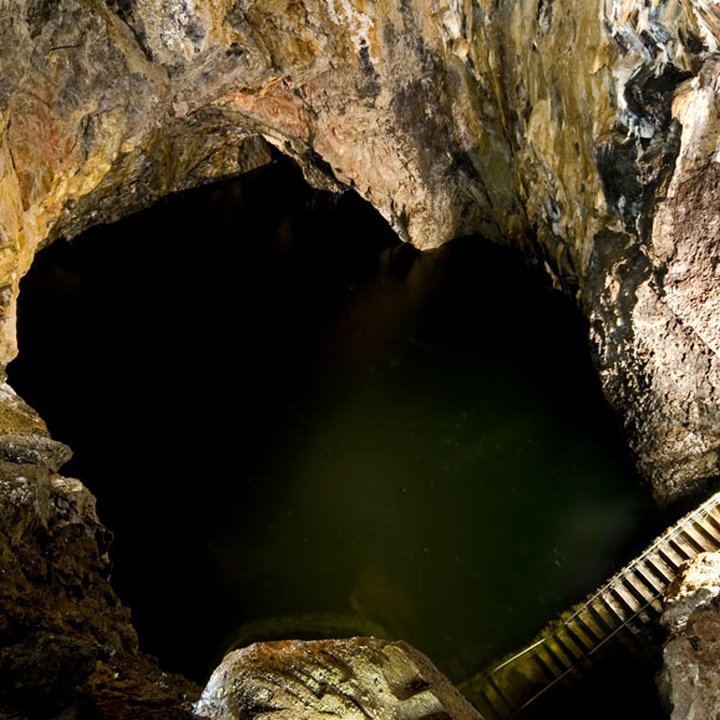 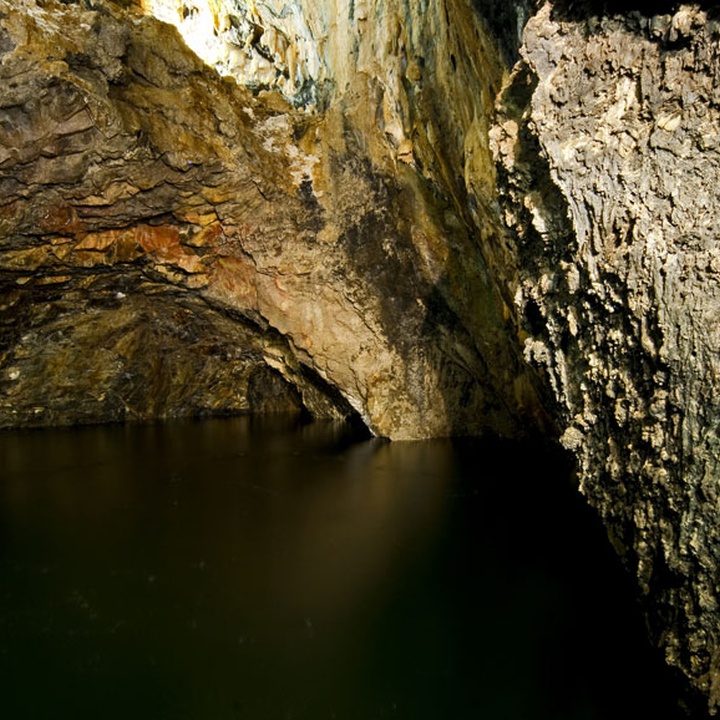 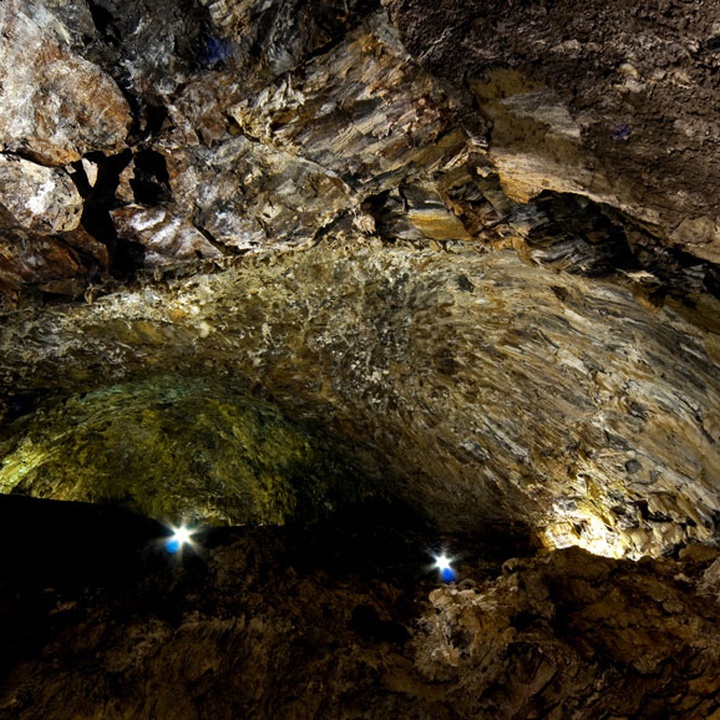 With an area of about 39 hectares, this natural monument consists of a scoria cone which volcanic vent, not lying completely blocked by landslides or fillers, ends in a small lagoon of 90 metres depth.

With large geodiversity associated, there is a profusion of siliceous formations, such as stalactites and stalagmites, highly developed and rare in oceanic volcanism.

Along with the biological communities that cover the inside of the cone, the pit is a natural protected habitat where many endemic species of flora can be identified, such as Erica azorica, Ilex azorica, Laurus azorica, Vaccinium cylindraceum, ferns as Blechnum spicant and Polypodium azoricum and the mosses Alophosia azorica and Calypogeia azorica.

From fauna species stands out the presence of endemic cave-dwelling arthropods such as the Turinyphia cavernicola, the Lithobius obscurus azoreae and the Trechus terceiranus.

This area integrates a Special Area of Conservation (SAC) within the Natura 2000 network and a Ramsar Site under the Ramsar Convention.