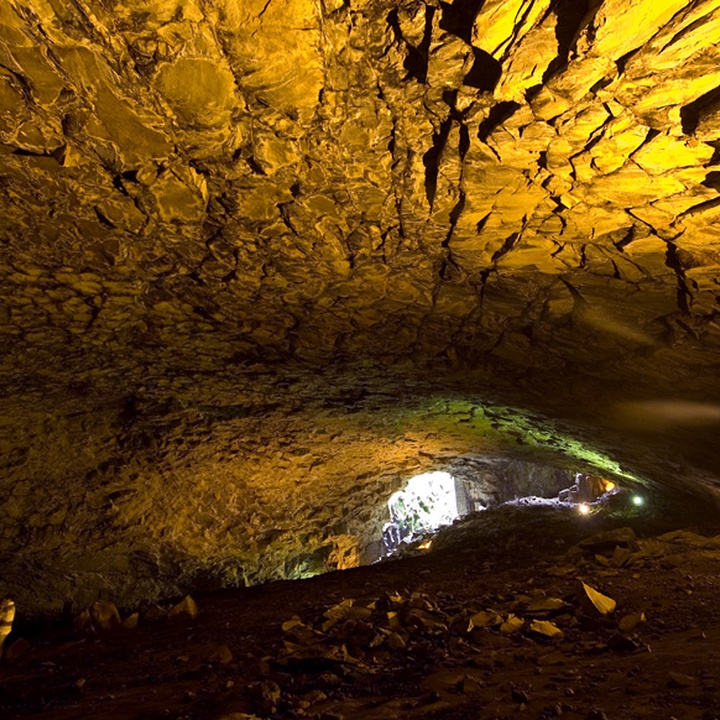 With 119.87 hectares, 405 metres of height and a depth of 270 metres, the Caldeira da Graciosa (caldera) corresponds to the oval area of volcanic depression, located in the south-eastern part of the island.

The caldera, formed about 12 thousand years ago, is a geological structure of great interest, having different types of volcanic formations, such as the many lava tubes, highlighting the Furna da Maria Encantada and Furna do Calcinhas (caves). However, the Furna do Enxofre stands out from other formations, being a true landmark of the island’s geodiversity and one of the most remarkable cavities of volcanic nature in the archipelago.

It is the second-largest forested area of ​​Graciosa, where it can be found endemic species such as Erica azorica, Laurus azorica and Hypericum foliosum, Macaronesian endemism such as Morella faya and Persea indica, and predominantly those introduced such as Cryptomeria japonica, Acacia melanoxylon, Pittosporum undulatum, among others.

In this habitat, we can find the only native mammal species of the Azores, the Nyctalus azoreum, and the endemic passerine subspecies Fringilla coelebs moreletti, Sylvia atricapilla atlantis toutinegra dos Açores, Motacilla cinerea patriciae, Turdus merula azorensis and Sturnus vulgaris granti, as well as other important endemic subspecies as the Columba palumbus azorica and the Buteo buteo rothschildi. It is also one of the few places on Graciosa where it is possible to observe the waders Gallinago gallinago and Scolopax rusticola.

This protected area is classified as Wetland of International Importance by the Ramsar Convention (Ramsar site) as well as Nucleus Zone of the Biosphere Reserve and is a priority geosite (Caldeira and Furna do Enxofre), integrated into the Azores UNESCO Global Geopark.