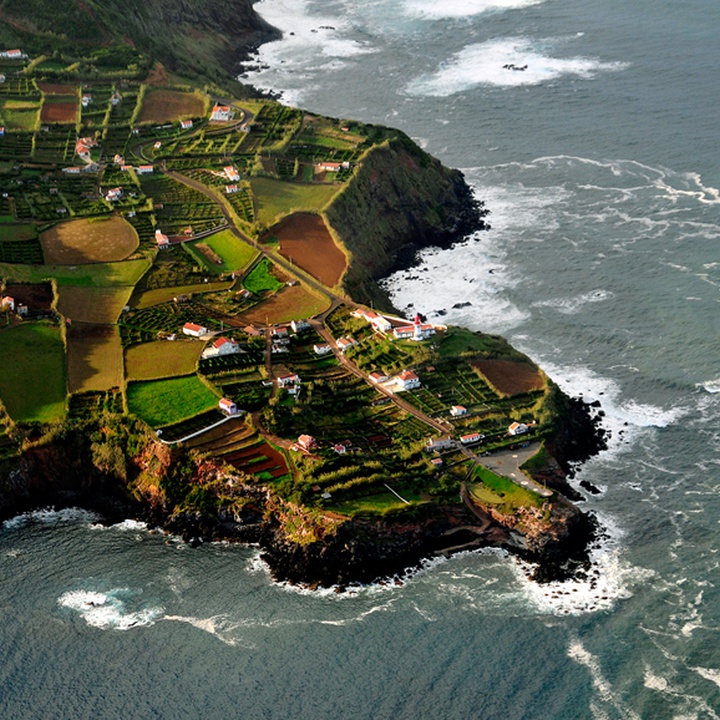 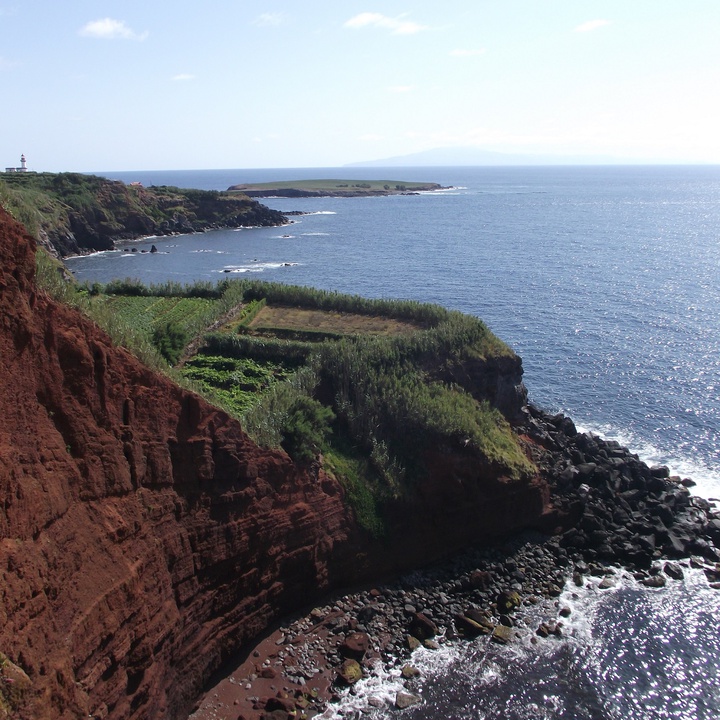 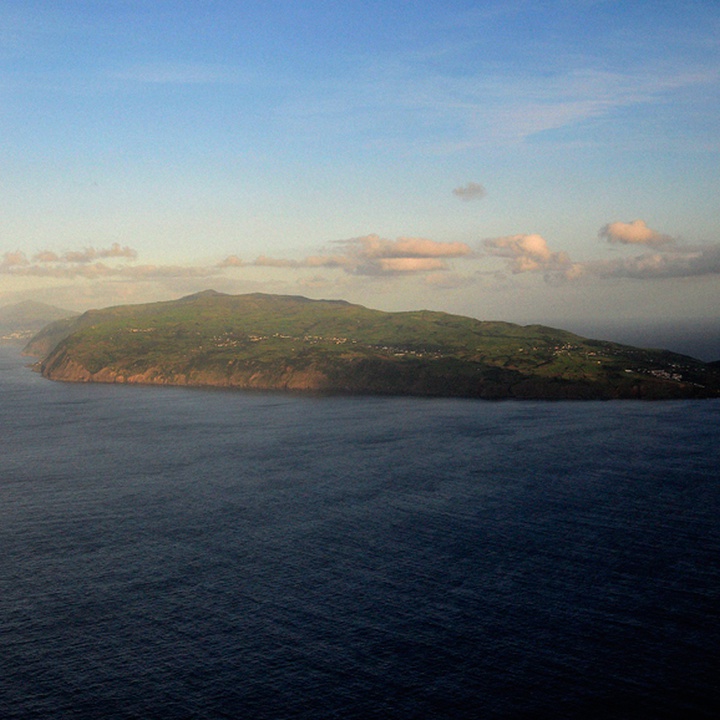 Located on the eastern end of São Jorge, the Costa do Topo protected area occupies about 388 hectares an is  circumscribed by Ribeira Funda and Ribeira das Lixívias (streams).

In this area, stands out the Cabeço da Forca stands out, a scoria cone cut by the sea-cliff and that exhibits a dyke system associated with its inner structure. In Topo harbour are visible peculiar shapes associated with marine erosion phenomena and an intense alteration of the rock formations that, due to their age, display spheroidal jointing and arenitization of lava flows.

At 400 metres off the coast, the Ilhéu do Topo protected area covers about 12 hectares, with a maximum height of 19 metres.  The islet has a flattened surface, it is mainly composed of volcanic tuffs and basalts and is separated from the island due to erosion.

This area is characterized by having a variety of birds such as Sterna dougallii and flora species, namely Azorina vidalii, Euphorbia stygiana Stygiana and Juniperus brevifolia.

It is a privileged habitat and is classified as an Important Bird and Biodiversity Area (IBA) of the BirdLife International organization, a Special Area of Conservation (SAC) Costa Noroeste and Ponta do Topo and a Special Protection Area (SPA) Ilhéu do Topo and Costa Adjacente, within the Natura 2000 network. Together with Ilhéu do Topo Protected Area for the Management of Habitats or Species, constitutes a geosite of the Azores UNESCO Global Geopark.