Follow the Cross Road and find the intersection of the Caminho das Lagoas. Follow it and find the respective signage at about 2.4 kilometres. 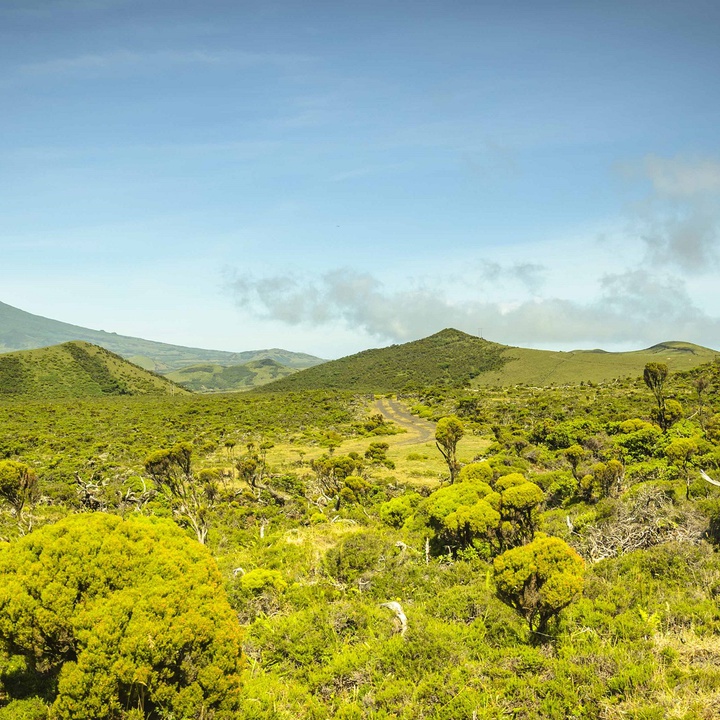 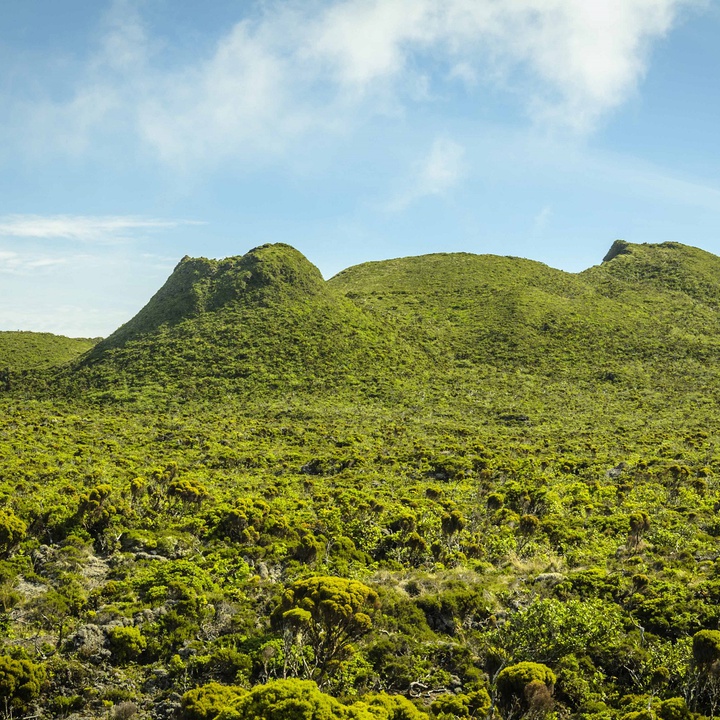 This linear trail develops on an ancient communication route that served as a link between the population of the north coast and south coast of the island.

This trail begins in the Planalto Central (central plateau) area, at about 830 metres of altitude, near the Caminho das Lagoas (road), goes through the Mistério da Prainha Nature Reserve and ends in the Baía das Canas (bay). During the trail, it is possible to observe habitat and rare and endemic flora and fauna species with Community Interest. It is a landscape strongly marked by lava flows emitted in the historic eruption of 1562-64, the longest historical eruption of the Azores, as well as by other geological formations, namely ropy lavas, driblet lavas, small lava tubes and volcanic cones.

Begin the trail near the Caminho das Lagoas and, after about 500 metres of dirt road, turn right onto a shortcut through endemic vegetation, next to Cabeços do Mistério. About 1 kilometre later, you will start the descent, through a narrower shortcut, where the size of the vegetation increases. There is a large variety of endemic flora species, such as Euphorbia stygiana ssp. stygiana and Sphagnum sp.

If you choose the route to the Bay of Canas, walk for 1.7 kilometres, and then turn left at a path lined with Pittosporum undulatum, Acacia sp., and Laurus azorica, that will guide you to the Prainha Forest Park. Crossing the Prainha Forest Park, you can enjoy a view over a large lava platform, the Ponta do Mistério, currently being a nesting place of the species Larus michahellis atlantis. From the Park’s viewpoint, watch the Baía das Canas (bay) and almost all the northern slope of the island. In this place, you can take a break or enjoy a snack.

From here, follow the markings and continue on the dirt/gravel shortcuts until you reach the end point of the trail – Baía das Canas –, where there is a pebble beach and several traditional wineries, and it is possible to have a panoramic view from the entire coastline to the tip of the island.