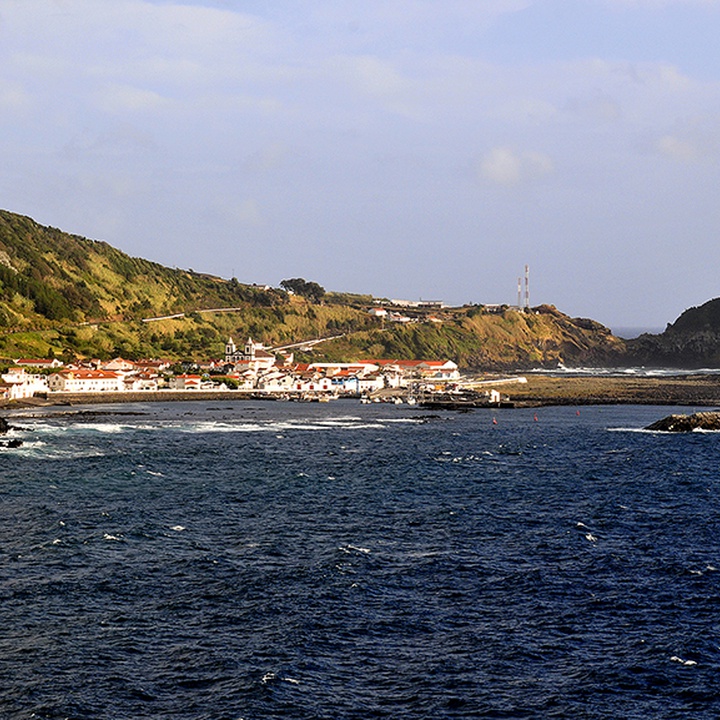 Located on the south part of the island of Pico, this area occupies about 76 hectares, has a coastline of about 8000 metres and includes one of the island’s principal lava deltas.

This area presents the largest marine abrasion platform of the Azores (commonly known as laje – slab), as well as open lagoons, bays, inlets, fossil cliffs, pebble beaches and coastal sea-cliffs. It also constitutes a passing and resting point of migratory and accidental birds from the European and American continents.

Lajes do Pico village is located on a lava delta formed by basaltic flows emitted from a spatter cone near the Cabeço do Geraldo (hill), which flowed down the southwest flanks of the Topo shield volcano, the island’s oldest central volcano with about 270 thousand years. These flows, of pahoehoe type, were spilt over the ancient coastline, giving origin to the existing lava platform and the associated fossil cliff, with a maximum height of 130 metres. This episode corresponds to the most recent eruption of the Topo Volcano and probably occurred about 5 to 10 thousand years ago.

At the south of this lava delta, it is possible to observe the volcanic vent of Castelete, an old and very eroded scoria cone.

At the west of the village exists a natural barrier known as Calhau Grosso, where Juncus spp. is the most common vegetation. Here the wetlands (Poça do Cão and Poça da Barra) house migratory birds, such as the Arenaria interpres and the Calidris alba.

The two saltwater lagoons in the village extremities – Lagoa de Cima (at north) and Lagoa da Maré (at the south) – are a significant nursery for fish species of high commercial and conservation interest.

The protected area is easily accessible and highly vulnerable, especially due to the high urban and human pressure to which it is subject.

This protected area is part of the Lajes do Pico Special Area of Conservation (SAC) and Special Protection Area (SPA), within the Natura 2000 network, and in the Lajes do Pico Important Bird and Biodiversity Area (IBA) of the BirdLife International organization. This place is also the Fajã Lávica das Lajes do Pico priority geosite of the Azores UNESCO Global Geopark.