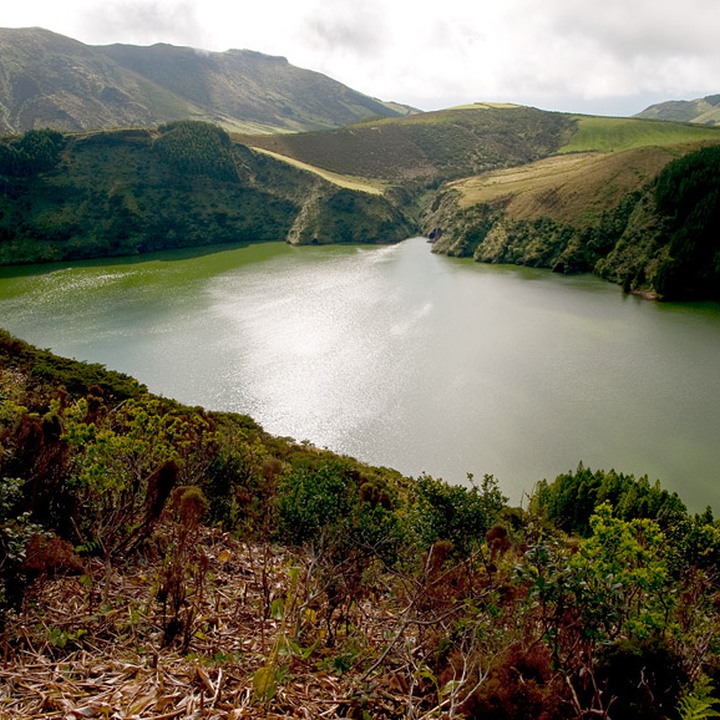 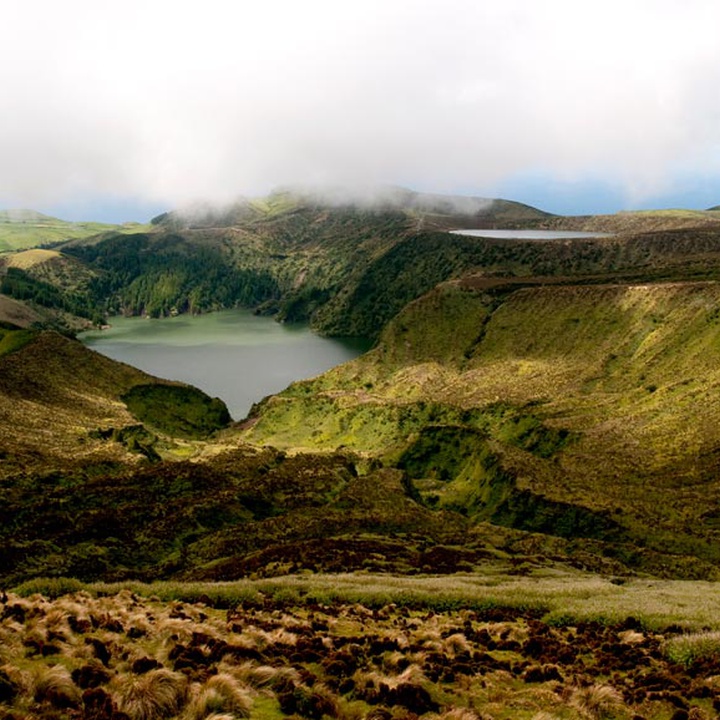 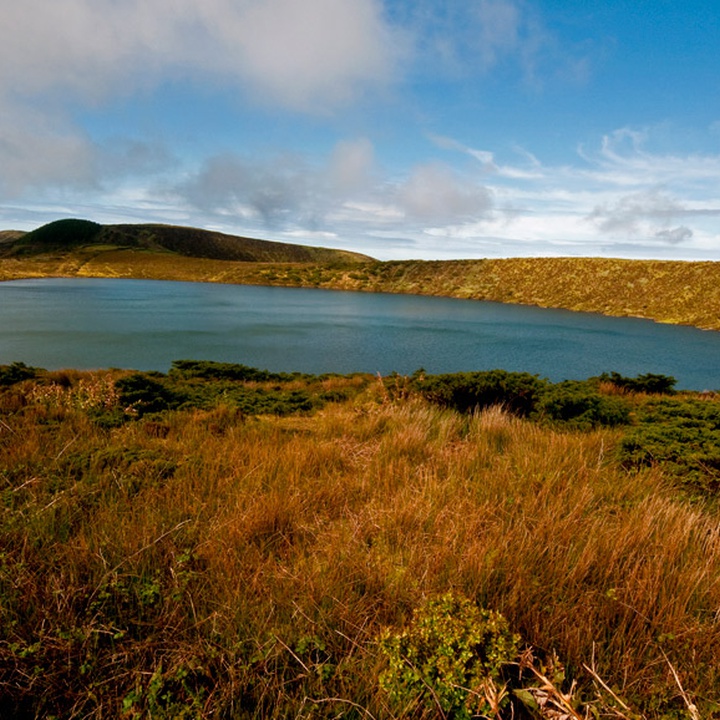 Located on the south sector of Planalto Central, this area occupies about 426 hectares and includes the two calderas – Funda and Rasa – and its surrounding area, with a maximum altitude of 773 metres.

Here occur endemic and native flora species, and it is possible to observe several birds.

Geologically, the formation of these explosion craters is associated with hydromagmatic eruptions, where the ascending magma contacts with water, creating a significant explosive activity. Thus, Caldeira Funda is an explosion crater of maar type, which lagoon has about 30 metres of maximum depth and belongs to a watershed where several watercourses converge, some with waterfalls on their course. On the other hand, Lagoa Rasa has a maximum depth of around 16 metres and is placed in a tuff-ring with low and smooth slopes.

In this area, it is possible to see native species of the Azores, such as Calluna vulgaris, endemic species, such as Laurus azorica, Frangula azorica, Viburnum treleasei, Vaccinium cylindraceum and Hedera azorica, and also important zones of Sphagnum spp. peatbogs, forested mainly by Juniperus brevifolia. Regarding bird species, one can sight the species Motacilla cinerea patriciae, Turdus merula azorensis, Ardea cinerea, Larus michahellis atlantis, Fringilla coelebs moreletti, among others.

This protected area integrates a geosite of the Azores UNESCO Global Geopark and a Ramsar Site under the Ramsar Convention. Its north end integrates the Zona Central - Morro Alto Special Area of Conservation (SAC) within the Natura 2000 network.