Leaving from Horta city towards west, take the Regional Road to Castelo Branco parish. When you reach the place of Lombega, pay attention to your left to find the trail’s indication. 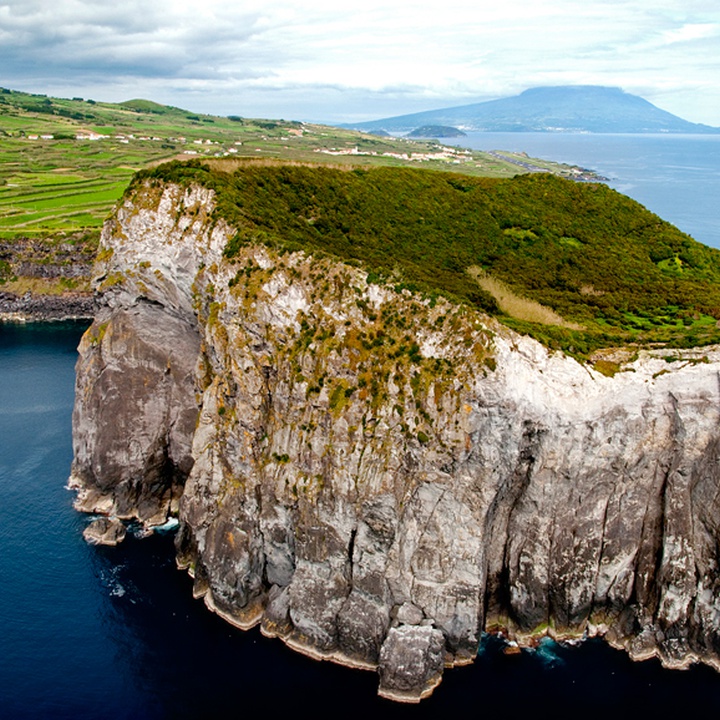 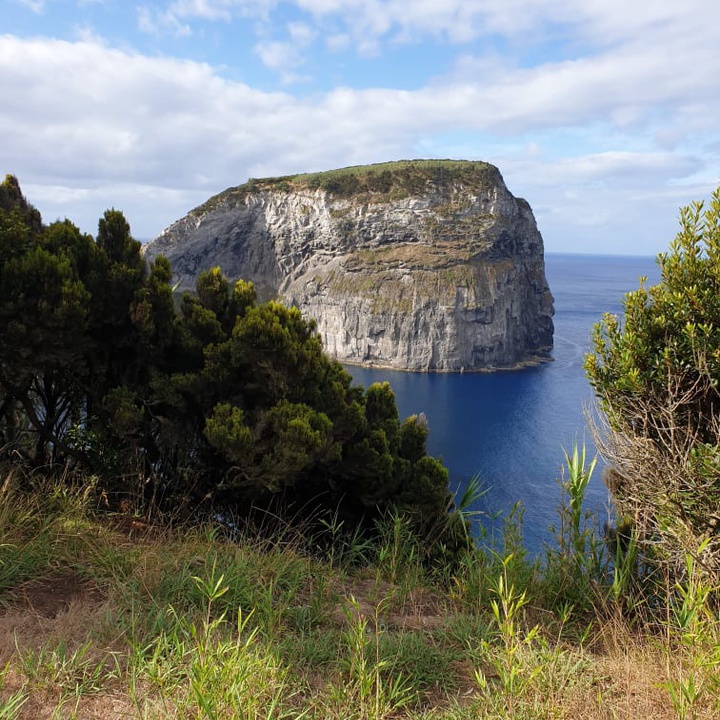 The trail begins and ends at the parking lot near the Porto Pim beach, passing between the Monte da Guia and Monte Queimado (hills), places of great local historical importance, also going through some viewpoints. Along the trail, you can observe examples of marine birdlife and endemic flora.

Start the trail near the Porto Pim beach parking lot. Pass the Observatório do Mar dos Açores (Azores Sea Observatory) on your right and follow the traditional cobblestone path until you find steps on the left that lead you to the Lira Viewpoint. From this point, you can see the bay with the fortress of São Sebastião on the opposite margin. Along the trail, there are some maritime protection fortifications of the 16th and 17th centuries, and was, therefore, named as Porto Pim, word of Flemish origin that means Safety Port.

From the Lira viewpoint, climb until the road where you should follow to the right, passing through the chapel of Nossa Senhora da Guia. Continue south, with Caldeirinhas on your left (submarine volcano craters of Monte da Guia), until the path turns north, overlooking the beach. Pass the Porto Pim Aquarium, an exhibition place of the most common species of the Azorean sea, and then by the Dabney’s House that belonged to the Dabney family who lived here between 1806 and 1894, leaving a vast built heritage, recovered by the Faial Nature Park.

Then follow to the left, crossing the beach and, at its end, turn right to the Rua da Rosa (street). Almost at the top of the street, you will find trail signs on the right that will take you to the summit of Monte Queimado, a terrestrial genesis volcano. Before the summit take the opportunity to rest and enjoy the view over the marina of Horta.

The trail continues to the parking lot, where it started.

If you make the trail during spring and summer seasons, you may observe some species of Azores seabirds as the Calonectris borealis and the Sterna hirundo, because, during these seasons, these birds migrate to the archipelago to nest. Along the trail, the Erica azorica, the Morella faya, the Festuca petraea and the Juncus acutus dominate the landscape.