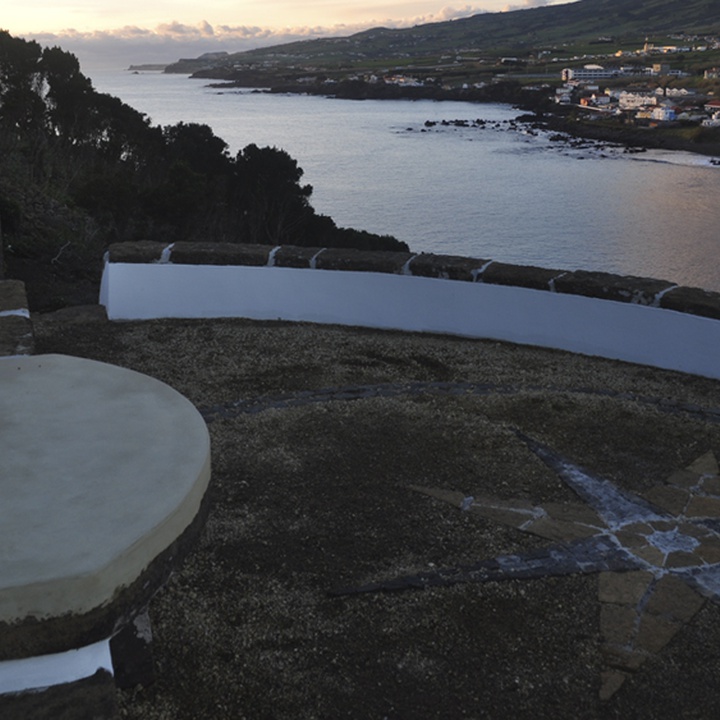 This viewpoint is surrounded by vineyard land, protected from southwest winds by the tuff “currais” (plots), and consists of two elliptical-shaped levels with a small table and benches at the top.

Its arched shape and the stone walls, which separate the vineyard, resemble an ancient stringed musical instrument, the lyre, known for its wide use in ancient times and whose name has sponsored this viewpoint, located on the Monte da Guia Protected Landscape Area.

Originally built between 1820 and 1850, the Lira Viewpoint was one of the Dabney family´s summer favourite locations, where they used to settle in Monte da Guia in the warmer months.

From the United States of America, the Dabney family arrived at Faial in 1806 when John Bass Dabney, the patriarch of this family, was nominated the United States Consul General to the Azores. Through its business, this family marked the social and economic structure of the island in the 19th century.

The Lira Viewpoint together with the main house, winery, boats’ house and the tuff house constitute the Monte da Guia Complex, the summer residence of the Dabneys, which has been restored by the Government of the Azores.

The Dabney left Faial in 1892, leaving nearly 100 years of history and culture to its inhabitants.