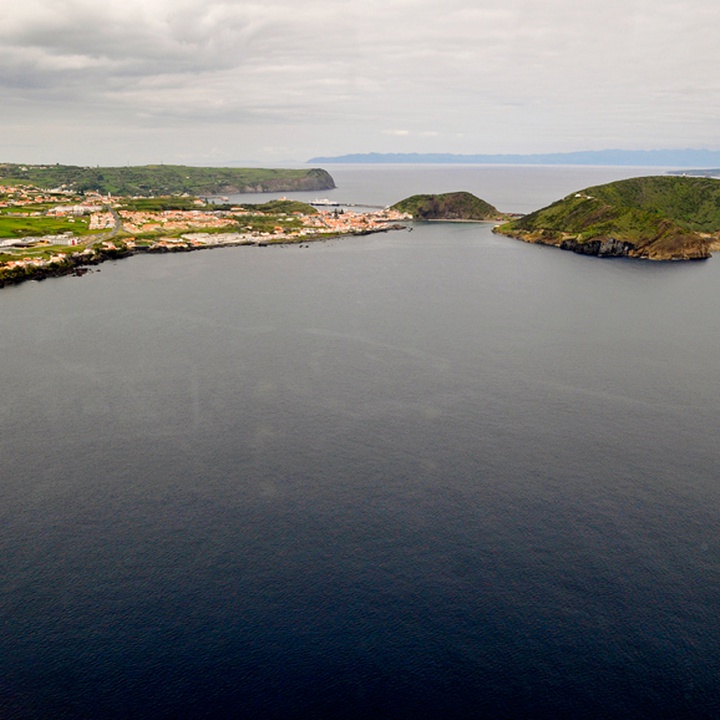 This protected area has approximately 74 hectares and is located southeast of Horta city.

On this site, human intervention is highly visible since the last century. However, it remains one of the sites of excellence of the Azores because it includes the priority habitat of grey dunes and endemic vegetation of high value.

It has a maximum altitude of 145 metres and is connected to the island by an isthmus with a dune system called Entre Montes. It has two attached craters open to the sea at the south – the Caldeirinhas – classified as a Nature Reserve and are maternity zones for fish species.

Monte Queimado is a basaltic scoria cone associated with a subaerial eruption of the strombolian type and has a maximum altitude of 81 metres. On the slopes of the cone, partially dismantled due to marine erosion, it is possible to observe the pyroclastic materials that built it (ash, lapilli and volcanic bombs) and basaltic dykes.

This area houses endemic species, such as the Erica azorica, the Euphorbia azorica and the Festuca petraea, and native species, namely Morella faya and Juncus acutus. This location is also an ideal habitat for birds such as the Calonectris borealis, the Sterna hirundo and the Ardea cinerea.

Here it is possible to cross the Entre Montes walking trail (PRC08FAI) and visit the Dabney’s House, the Live Fish Station - Porto Pim Aquarium and the Porto Pim Whaling Station.