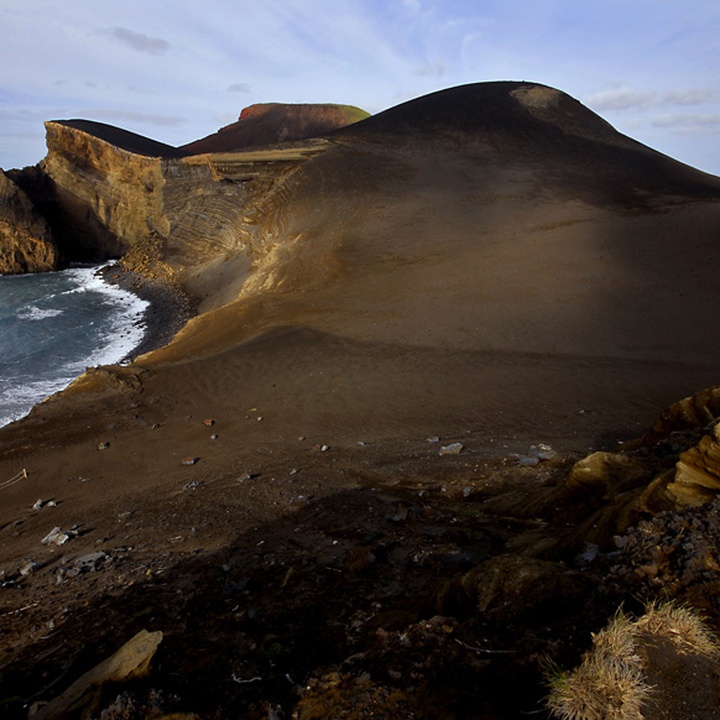 With about 125 hectares, this Natural Monument extends from the basaltic rocks of the southwest tip of Porto do Comprido harbour until Costado da Nau.

It was classified due to its aesthetic and natural values, namely the geological singularity and biodiversity associated with protected species and habitats, as well as the expressive cultural and historical component of the Capelinhos Volcano eruption.

The landscape's natural evolution is due to its aesthetic and natural values, namely the geologic uniqueness, the biodiversity associated with protected species and habitats, and the cultural and historical component of the Capelinhos Volcano's eruption.

The Capelinhos Volcano became a volcanological historic mark when, between 1957 and 1958, occurred an eruption on the sea, at about 1 kilometre from the northwest coast of Faial Island, at a maximum depth of 60 metres. During its 13 months of activity, this volcano had two distinct phases: the submarine, characterised by big explosions with emission of ash jets, steam columns and other gases; and the subaerial, with the projection of larger pyroclasts and emission of lava flows.

The accumulation of 174 million m3 of the emitted material and the created area lead to the creation of the “New Lands”, a lunar landscape that rose until the 160 metres of altitude. With the end of the eruption, a new process of landscape alteration and destruction began immediately as a result of the erosive agents' action.