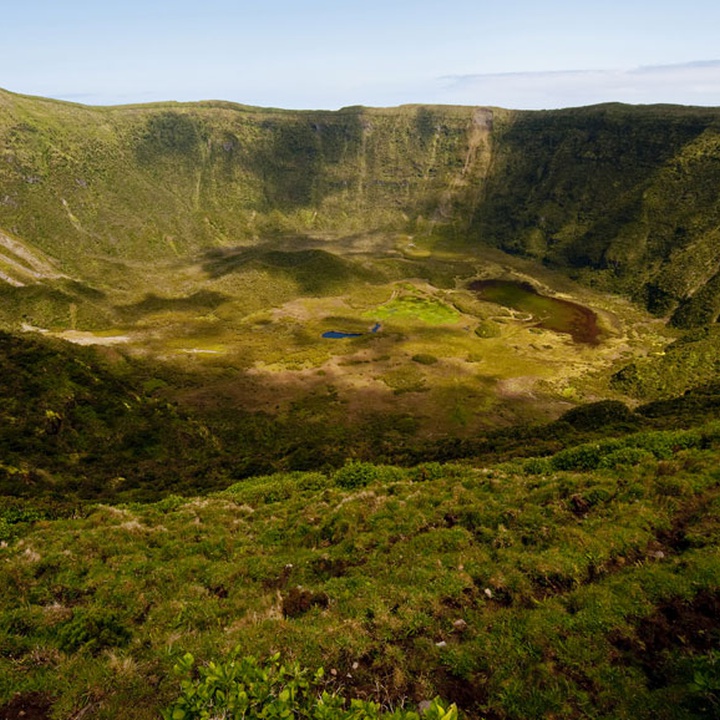 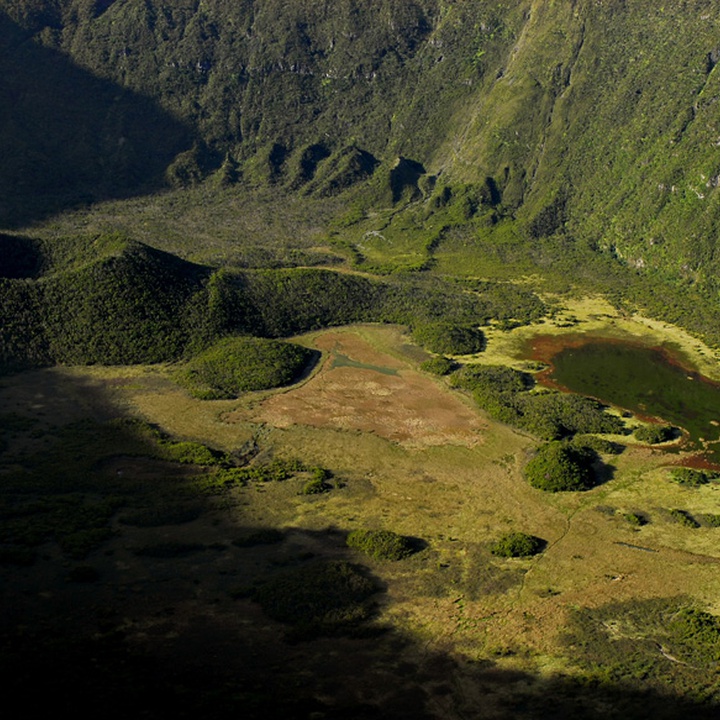 Located in Cedros parish, this protected area, with 313 hectares, encompasses the entire the Caldeira do Faial (caldera), located at the top of the island's central volcano, a volcanic edifice with about 400 thousand years.

It constitutes a collapse caldera, with about 2 kilometres in diameter, and is the youngest caldera of the Azores (about 1000 years old). It houses, in its interior, two-thirds of the endemic vascular flora of the Azores, in a perfect state of conservation, as well as endemic fauna of Faial and the Archipelago.

The Caldeira has a small intra-caldera scoria cone and a lava dome of trachytic nature near the southwest wall – Rocha do Altar. Near the south edge is the highest point of the island, Cabeço Gordo, with 1043 metres. Inside the caldera there was once a permanent lagoon, that resulted from the accumulation of rainwater, which infiltrated due to the seismic crisis of May 1958 associated with the eruption of the Capelinhos Volcano (1957/1958), resulting in a small phreatic explosion inside the caldera.

Regarding flora, stands out the species Juniperus brevifolia, Euphorbia stygiana subsp. stygiana, Sanicula azorica, Lactuca watsoniana and Rumex azoricus. The birdlife includes Azorean endemic subspecies such as the Fringilla coelebs moreletti, the Sylvia atricapilla atlantis and the Buteo buteo rothschildi. It should be noted the presence of the arthropod Calacalles azoricus, exclusive endemic of Caldeira do Faial.

The access to the interior of Caldeira do Faial is conditioned by the Ordinance no. 68/2018, of June 21, but it is possible to cross the perimeter of this reserve through the Caldeira walking trail (PRC04FAI).

This area integrates a Special Area of Conservation (SAC) and a Special Protection Area (SPA) within the Natura 2000 network, is classified as a Ramsar Site under the Ramsar Convention and is a geosite of the Azores UNESCO Global Geopark.