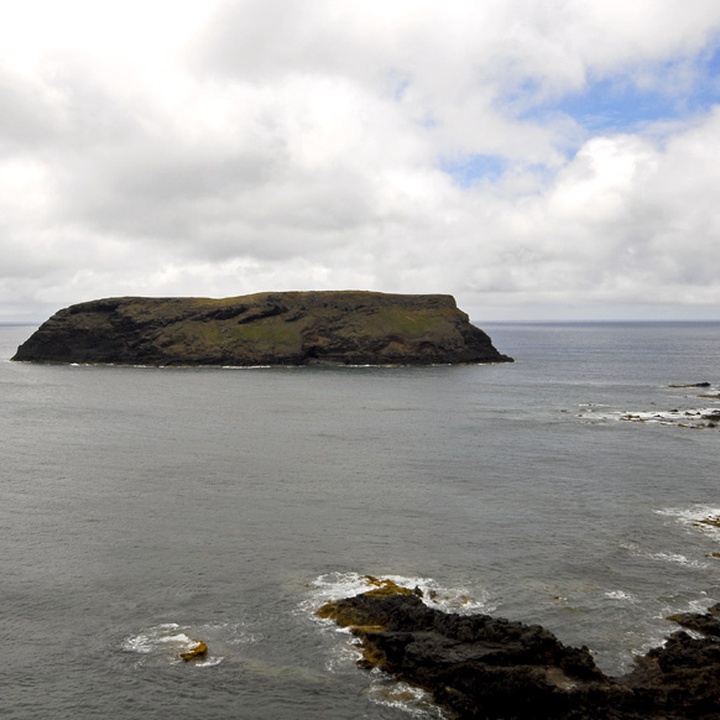 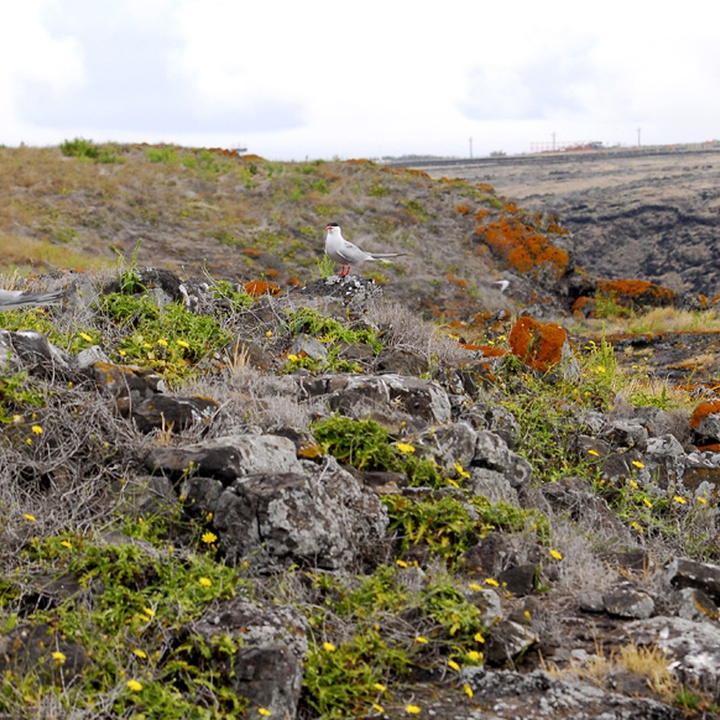 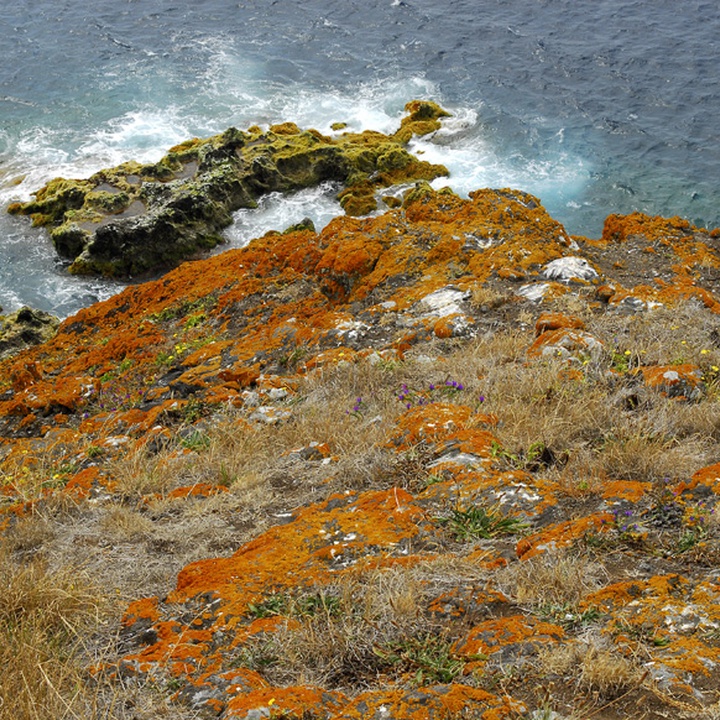 Located on the southwest coast, at about 200 metres from Ponta do Poção, the Ilhéu da Vila Nature Reserve has an approximate terrestrial area of 8 hectares and a marine area of about 22 hectares. Ilhéu da Vila (islet) is 380 metres long, 150 metres wide and has a maximum altitude of 75 metres.

Although inhabited, there was some agricultural activity in the past with the introduction of cattle, namely goats, and several species of invasive flora. With the removal of the cattle in 1993, it was possible to recover some important nucleus of endemic flora and, nowadays, only researchers and people connected to the nature conservation can visit the Ilhéu da Vila, with previous authorization.

Formed by basaltic lava flows and some dykes, this islet is an insular ecosystem of great interest for the seabirds that nest regularly in the Azores, such as Sterna hirundo (garajau-comum), Sterna dougallii (garajau-rosado), Calonectris borealis (cagarro), Puffinus lherminieri baroli (frulho) and Hydrobates castro (painho da Madeira). Therefore it is classified as an Important Bird and Biodiversity Area (IBA), according to the criteria of BirdLife International organization. The Bulweria bulwerii (alma-negra) is a seabird with the particularity that, in the Azores, only nests in this islet, with an estimated population of 50 breeding pairs.

In its plateau and slopes, can be observed characteristic plants of the Azorean coastal areas, which stands out species such as Lotus azoricus, Myosotis maritima (não-me-esqueças) and Spergularia azorica.

This area integrates a Special Protection Area (SPA) within the Natura 2000 network.