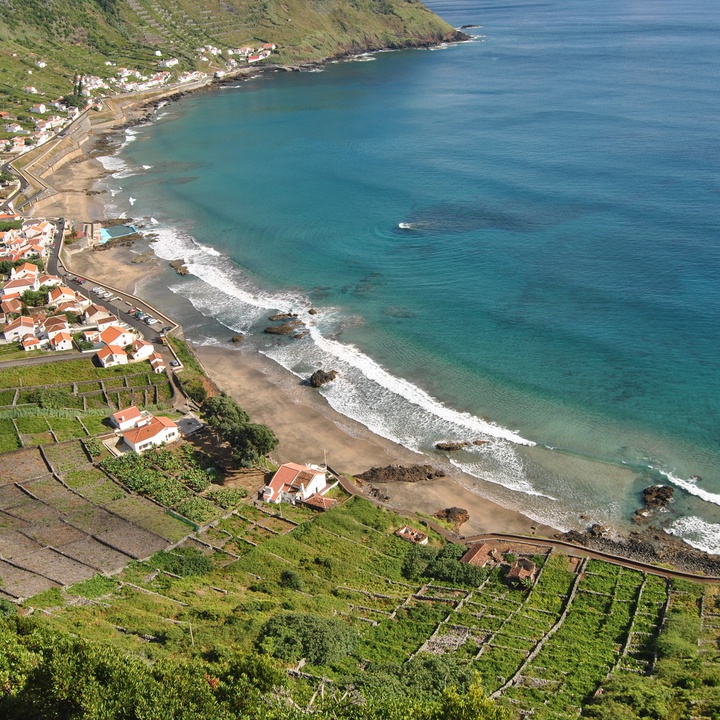 Characterized by its sandy bottoms and lava flows and with 178 hectares, the Baía de São Lourenço (bay) extends from Ponta dos Marcos to Ponta das Salinas.

It is home to important habitats and ecosystems for marine species, requiring their protection aimed at its sustainable use.

Since fish, shellfish and seabirds, the waters of this bay represent true biodiversity niches and constitute a nursery to species such as Diplodus sargus (sargo), Chelon labrosus (tainha), Sparisoma cretense (veja) and Mycteroperca fusca (badejo). It can also be observed, with some regularity, the Caretta caretta (tartaruga-boba), the Raja clavata (raia) and the dasyatis pasticana (rato-do-mar). This area also includes the Integral Reserve Zone of Limpets Capture.
The Ilhéu do Romeiro (islet), also known as Ilhéu de São Lourenço, located in front of Ponta Negra, has an eroded cave known as Furna do Ilhéu do Romeiro with geomorphology of volcanic origin, featuring stalactites inside, and is an important nesting site for seabirds like Calonectris borealis (cagarro) and Sterna-hirundo (garajau-comum).