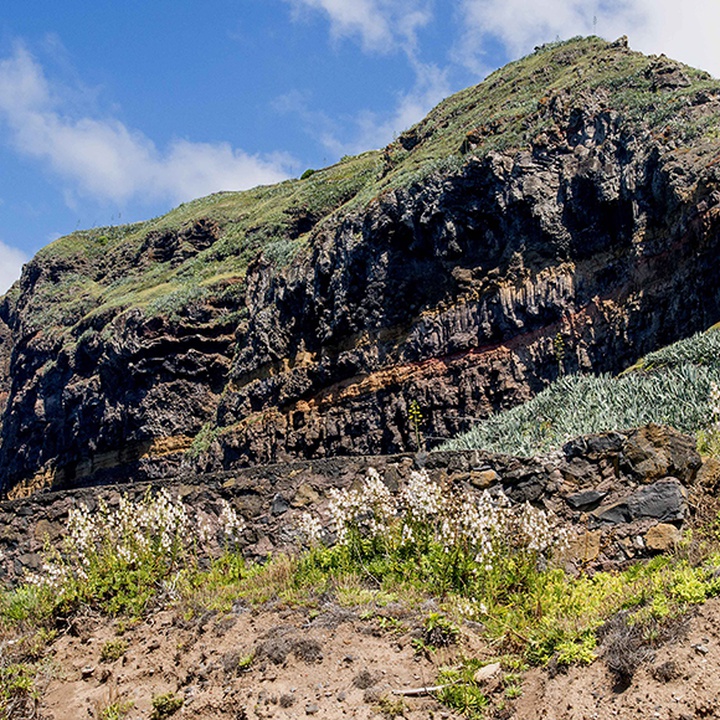 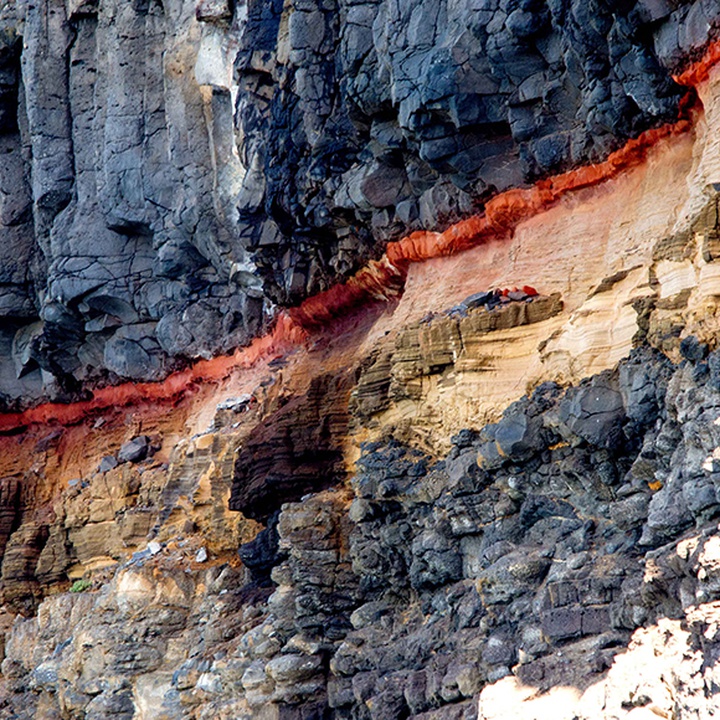 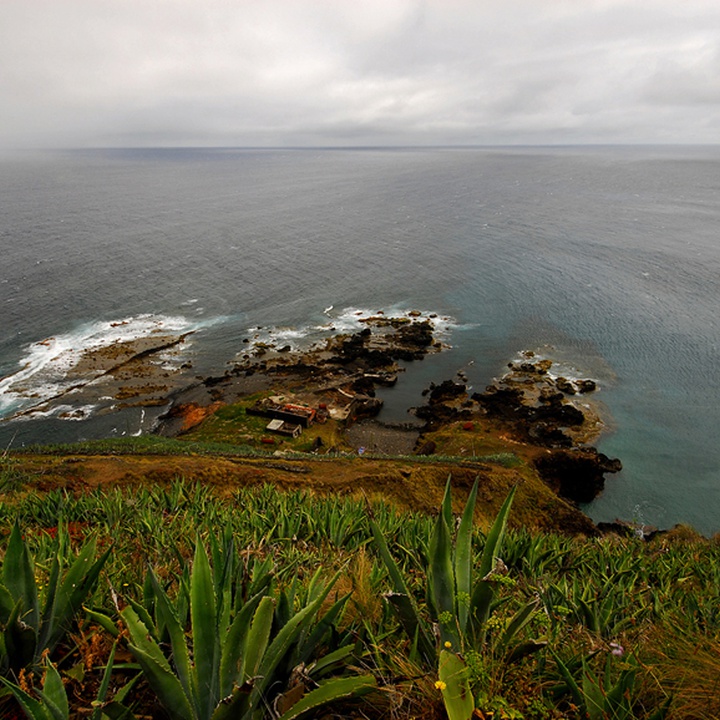 With 137 hectares, Ponta do Castelo is one of the most important geolandscape of Santa Maria.

Located at the southeast end of the island, and the location of the Azores that features more habitats with Mediterranean characteristics of which are notable the sea-cliffs with endemic flora of the Mediterranean coasts and the evergreen vegetation of the pebble beaches. Therefore this area is classified as a Special Area of Conservation (SAC) within the Natura 2000 network.

Ponta do Castelo is a rocky promontory over the sea, with about 200 metres of height, and has a significant geodiversity, including lava flows (subaerial and submarine), pyroclastic levels, hyaloclastites and sedimentary rocks (e.g. calcarenites) with several fossiliferous associations. The presence of spheroidal and prismatic jointing formations, a radial jointing in the submarine lavas and several dykes, complete this diversity.

Gonçalo Velho Lighthouse and an old whaling station, that resulted from the whaling activity that occurred in Santa Maria until the ’80s of the 20th century, are part of the history and built landscape of this place, where you can see old platforms, tanks and boathouses.

The Pedra que Pica fossil deposit and the Ribeira do Maloás (stream) prismatic jointing are also noteworthy in this protected area. The first is located west of Ponta do Castelo and is a massive accumulation of fossils of molluscs, echinoderms and other organisms of coastal marine environments. In the downstream part of the Ribeira do Maloás is an exuberant geolandscape, along an extensive outcrop of basaltic columns with 15 to 20 metres of altitude and about 220 metres of length.

Among the bird species, stand out the Calonectris borealis (cagarro), the Puffinus lherminieri baroli (frulho) and the Hydrobates castro (painho da Madeira), reason why this place is an Important Bird and Biodiversity Area (IBA) of the BirdLife International organization.

The marine area is a major transit point for the Tursiops truncates (roaz) and the Caretta caretta (tartaruga-boba).

This area is crossed by the Great Route of Santa Maria (GR01SMA) walking trail and integrates geosites of the Azores UNESCO Global Geopark, as well as class 1 fossil deposits of the Santa Maria Paleopark.