Follow the Regional Road towards the Caldeirão (about 8 kilometres), until you find the viewpoint. 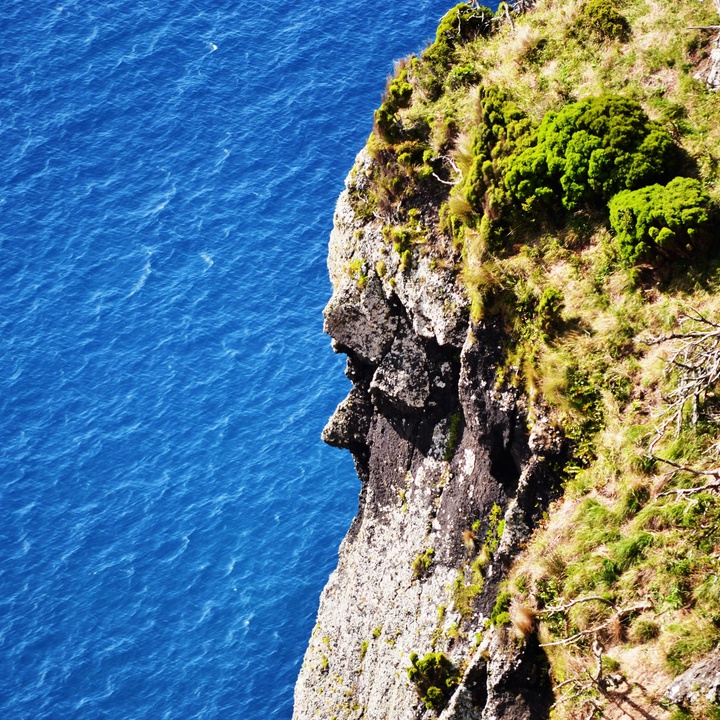 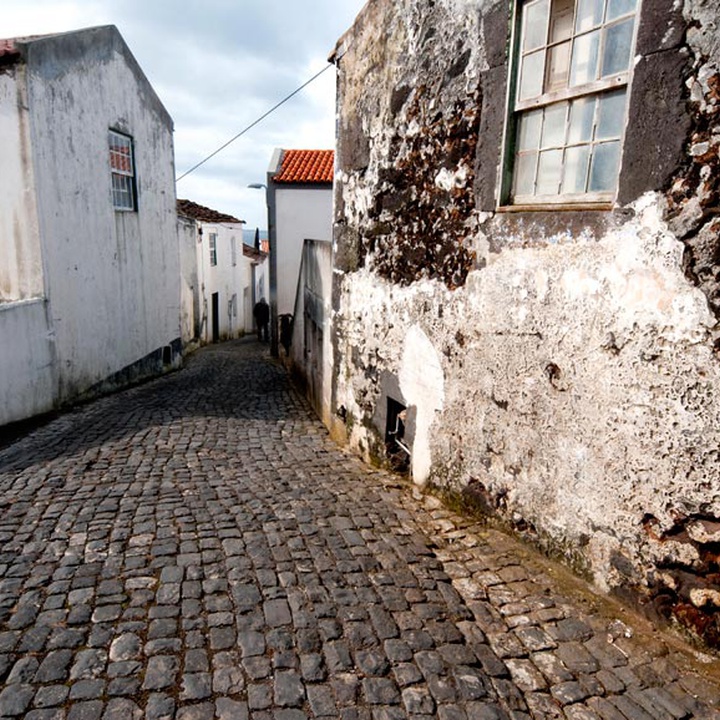 This linear route connects two important geosites, Caldeirão and Vila do Corvo, covering, from north to south, one of the Azorean islands least affected by the anthropogenic action. It also goes through some zones of the Costa e Caldeirão do Corvo Protected Area for the Management of Habitats or Species.

Begin the trial at Caldeirão Viewpoint and follow along the asphalted road towards the south, enjoying the perspective of the island. Arriving at a house known as the Forest House, choose a dirt path passing by the Ribeira do Trevo (stream) until reaching a dirt road.
Follow the marks until the artificial water tanks, built between 2002 and 2013, that work as superficial water retention basins to serve the village population. This area, locally known as Baldio, serves the local community and is characterized by the absence of cultivated fields or pastures delimited by natural boundaries or stone walls, typical of the Azorean landscape. The trail goes around a volcanic cone with a crater open to the south, known as Coroínha e arriba de Pingas geosite. Enjoy the view over the island of Flores and continue until arriving again to cultivated fields and pastures. Proceed among stone walls until you reach a sea-cliff where you will find, on your right, a basaltic rock that was sculpted by erosion and which the inhabitants believe is the face of an Indian man.

From here, the road goes down more deeply, through a shortcut flanked by endemic flora such as Erica azorica and Juniperus brevifolia, passing by old shelters dug on the rock and interesting geological formations. Pass by a viewpoint where it is possible to see Vila do Corvo and continue until you arrive at a road to cross it by the historical area of the Vila, focusing on the houses’ architecture and the narrow streets, determinant during the attack of pirates in the 16th and 17th centuries.

Continuing the trail, go down the Ladeira do Outeiro until Rua da Matriz (street). Meanwhile, enjoy the historical nucleus of the village and stop near the “Casa da Mariana Lopes”, which construction dates of the 17th and 18th centuries and is part of the Azorean Immovable Heritage since 1997. Going down the street, enter the church of Nossa Senhora dos Milagres (Our Lady of Miracles), built in the 18th century. Inside, appreciate the patroness statue, Flemish artwork from the 16th century from the Malines school, an ivory statue of Christ and a wooden statue of Nossa Senhora da Conceição (Our Lady of Conception).

Proceed towards Rua dos Moinhos (street), where it is possible to visit the old windmills that still work, although they are no longer used for the purpose for which they were built. The group of the three windmills is classified as Public Interest. Here it is possible to appreciate the wide water channel that separates the islands of Corvo and Flores and the silhouette of Flores that rests on the Atlantic.

Walk down towards the beach and, at the first entry on the left, cross the agricultural fields that lead you to the “Poça da Faca” shortcut. Continue along the coast, which guides you to Praia da Areia beach, where you can enjoy a pleasant bathing area. The trail finishes at a sand beach, a place where you can refresh in the waters of the Atlantic. Visit the Ecomuseum, in the centre of the village, and you will get to know better the heritage of the island.