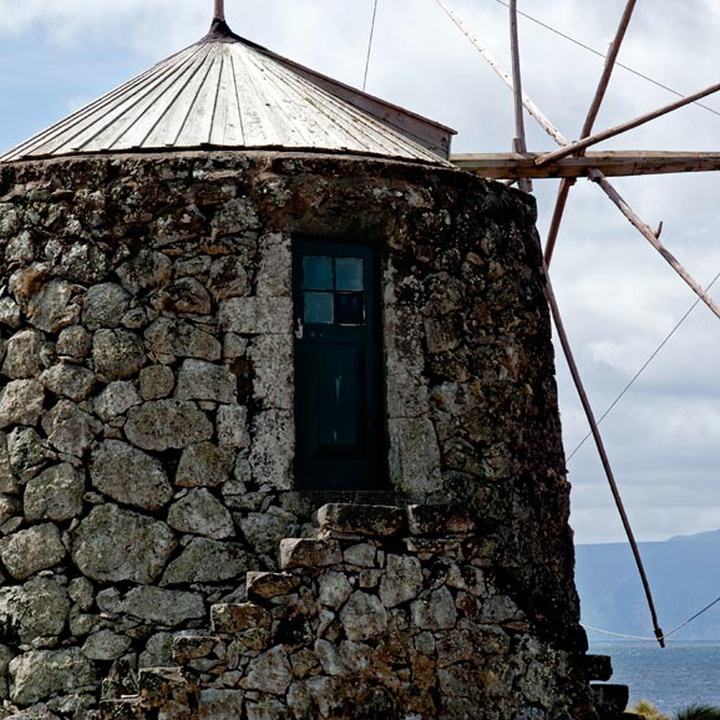 Here you can observe the width of the water channel that separates Corvo and Flores Islands and also admire the silhouette of the “pink” island that rests on the Atlantico.

Here are three windmills that still work, although they are no longer used for the purpose for which they were built. Corvo windmills are different from the ones of the other islands, being more similar to the ones that were left by the Arabs in the Portuguese mainland. These constructions date back to the 19th and 20th centuries and are classified as Public Interest.