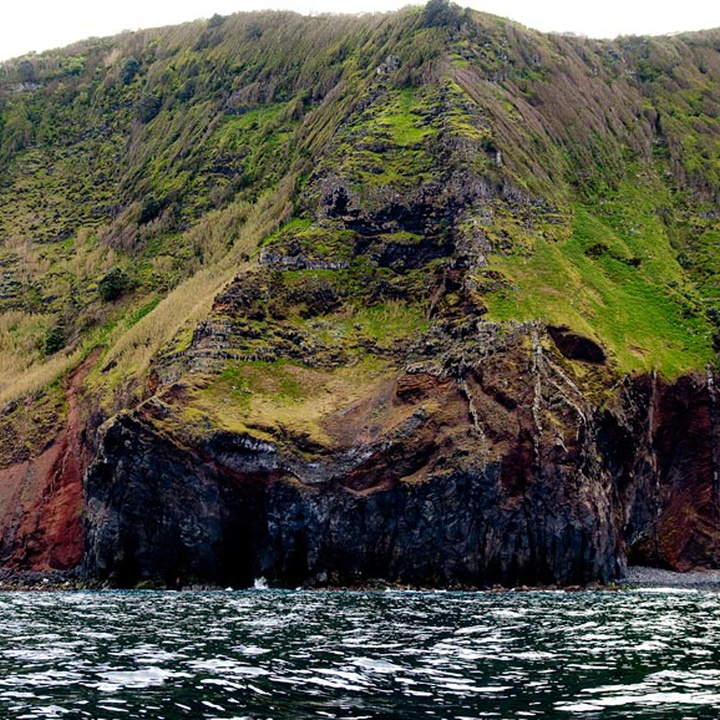 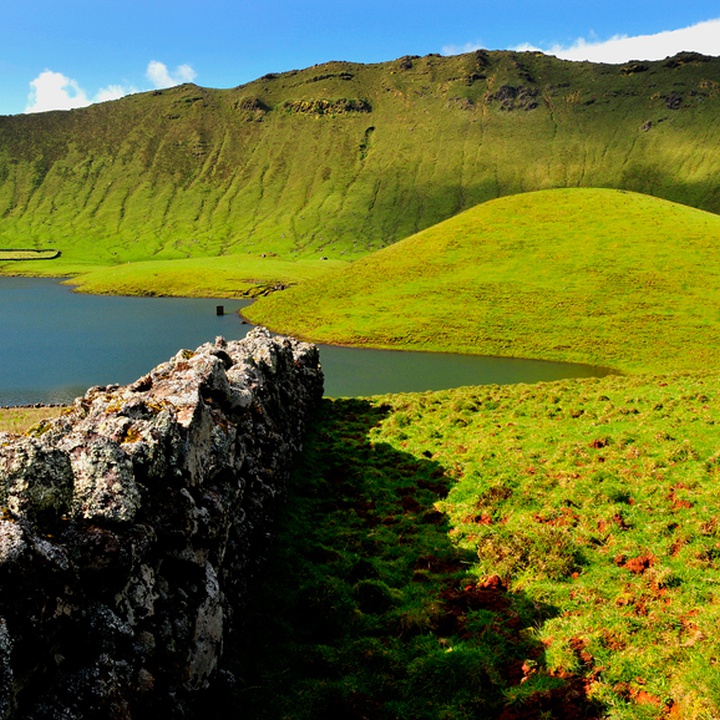 This protected area, with about 777 hectares and the highest point at 720 metres, includes the majority of the island’s coastline and its islets, as well as the Caldeirão do Corvo central volcano.

It houses, in all of its extension, significant colonies of endemic flora and fauna species, as well as migratory birds.

In this protected area, there are also extremely important wetlands for the regulation of Corvo’s hydrological system, namely inside the borders of the Caldeirão do Corvo and on the outside slopes facing south and east of the island's highest areas.

The main elements of this classified area are the Caldeirão, the Marco and Torrão islets, isolated from the island through marine erosion, the Ponta do Marco and imposing cliffs.

The formation of the Caldeirão volcano started around 1 to 1.5 million years ago, with the first phase of mostly explosive eruptions, followed by a sequence of basaltic s.l. lava flows. It has a collapse caldera with an average diameter of 2 kilometres, which interior is occupied by a lagoon and small scoria and spatter cones.

In turn, the Ponta do Marco is a sea-cliff with a complex volcano-stratigraphic sequence associated with the island’s main volcano and an intricate basaltic dyke system.

The inaccessible sea-cliffs present fractures on which grow vegetation particularly rich in rare species and which composition depends on the geomorphological nature of the sea-cliff. This habitat also has terrestrial slopes, walls with specialized comophytic vascular vegetation (that live on small amounts of soil in rocky discontinuities) and biotypes of epiphytic vegetation (that live on other plants, which serve as support).

In terms of flora, stand out the bog woodlands, the Azorina vidalii and the rare species Myosotis azorica and Veronica dabneyi.

Most important in the birdlife are the colonies of seabirds, such as the Calonectris borealis, the Sterna hirundo and the Puffinus lherminieri baroli. The closeness to the American continent, the non-existence of trees and the absence of population on most of the island, makes it possible to observe several rare birds of Nearctic origins and occasional species, of rare sighting in Europe, leading many ornithology lovers to this Azorean island.

This area includes the Costa e Caldeirão Special Protection Area (SPA) and Special Area of Conservation (SAC) of the Natura 2000 network, an Important Bird and Biodiversity Area (IBA) of the BirdLife International organization, and Ramsar Site under the Ramsar Convention. Its marine edge abuts the Costa do Corvo Protected Area of Resources Management. Corvo is classified as a Biosphere Reserve since 2007, within the MAB Programme (Man and the Biosphere) of UNESCO.