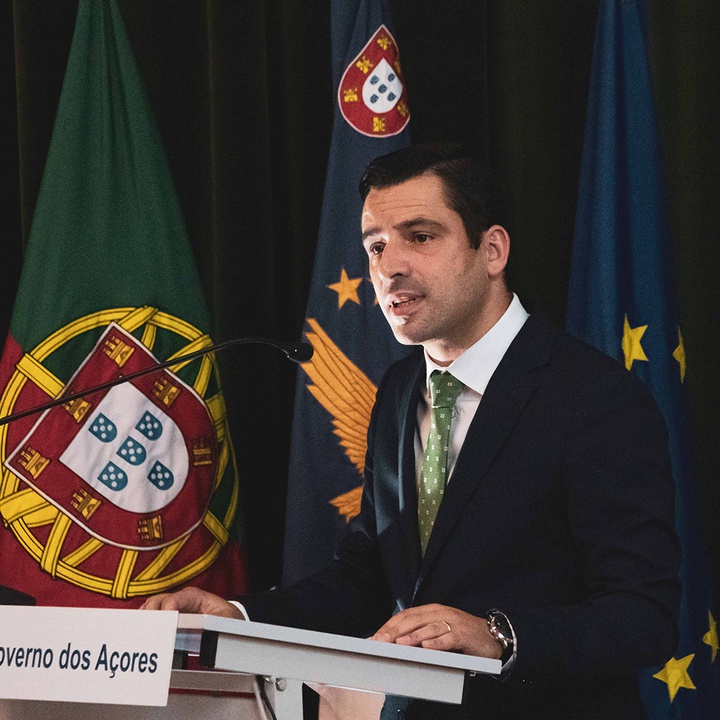 The Regional Secretary for the Environment and Climate Change, Alonso Miguel, chaired today the public session for the presentation of the Roadmap for Carbon Neutrality of the Azores, which took place in the Auditorium of the Angra do Heroísmo Campus of the University of the Azores.

Alonso Miguel stressed that “the Regional Secretariat for the Environment and Climate Change plans to invest, by the end of 2023, one million euros in the implementation of the Roadmap for Carbon Neutrality of the Azores, under the application approved by REACT-EU”.

The governor said that "the implementation of this project aims to make a fundamental contribution to the goal of achieving carbon neutrality by 2050, as advised by the European Green Pact.

“It is indeed essential to develop a Roadmap for Carbon Neutrality of the Azores, adapted to the characteristics and specificities of the Region, which provides guidelines for the definition of public policies, for business, institutions and the population in general, to prepare the Region for this challenge,” stated the Regional Secretary.

Alonso Miguel expressed that “the roadmap will allow to define different evolution scenarios, as well as to evaluate the potential for reduction of greenhouse gas emissions in the different activity sectors of the Region”.

The Regional Secretary also stressed that “the implementation of this project will allow creating, with greater accuracy, metrics regarding the balance between greenhouse gas emissions into the atmosphere and the carbon sequestration capacity in the Region, and, based on that information, define the strategy and mitigation measures necessary for the Azores to follow a successful path towards carbon neutrality”.

“In this case, given the urgency of this matter, the future is already today, and it is, therefore, time to move from words to actions, overcoming the constraints and defining new metrics for the Region to achieve the goals set in the context of carbon neutrality. We have to know exactly where we are, where we want to go and how we will get there”, the Regional Secretary further stated.

Alonso Miguel concluded by stating that the Region's Plan and Budget for 2023 foresee the necessary investments for the conclusion of several projects initiated during this legislature. The Secretary named, as an example, the six ongoing projects financed 100% under REACT-EU, which represent a total investment of 13 million euros, of which 10.2 million euros are to be invested in 2023, and focus on the areas of mitigation and adaptation to the effects of climate change and waste prevention and management.