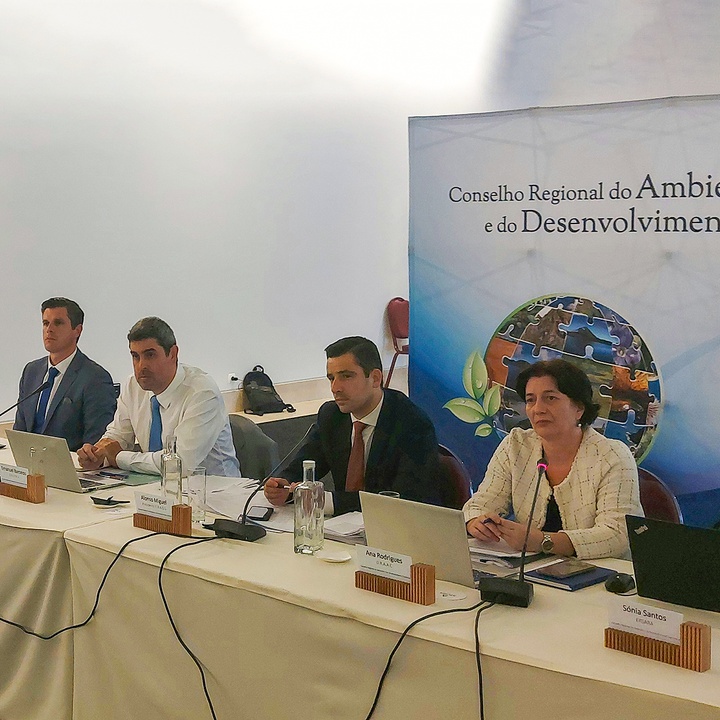 “This is one of the largest investment plans in the field of the environment within the framework of our autonomy, representing an increase of about 17 % compared to 2022,” said the governor.

The Regional Secretary for the Environment and Climate Change stressed that “within this plan, "under this plan, it is expected the completion of important projects started in the current legislature, with emphasis on the six ongoing projects funded 100 % under the REACT-EU, representing an investment of 10.2 million euros in 2023, and focusing on the areas of mitigation and adaptation to the effects of climate change and waste prevention and management”.

The governor identified, in this context, as relevant projects “the Roadmap for Carbon Neutrality in the Azores, the project to Improve Knowledge of the Location and Conservation Status of Organic Soils and Peatbogs and Monitoring of Carbon Stock, the project to develop risk mapping for mitigation and adaptation to climate change, the implementation of flood warning systems in four watersheds at risk in the Autonomous Region of the Azores”.

“The interventions at the level of Waste Processing Centres for equipping and adaptation to the composting process of the selective collection of organics in the islands of Flores, Faial, Pico, São Jorge, Graciosa and Santa Maria will also be completed, as well as the Regional Circular Economy Roadmap,” continued the Regional Secretary.

Alonso Miguel also pointed out that "this is also an investment plan that opens space for the launch of new projects of great relevance to the Region, highlighting the Legal and Financial Regime of support for Climate Emergency, or even the protocols signed with the Environmental Fund for the implementation of bioremediation and restoration of contaminated soils, and for the study on the Control of Proliferation of the invasive algae – Rugulopteryx okamurae.

Concerning investments in public works, the Regional Secretary for the Environment and Climate Change pointed to an investment of approximately 13.4 million euros, highlighting the following interventions: action in the Porto Pim infrastructure complex; Coastal Protection works in Fajã João Dias and Fajã das Pontas, on São Jorge; the beginning of the coastline protection works in São Roque do Pico and the management of the Cais do Pico Bay; the start of the construction of the Algar do Carvão Environmental Interpretation Centre on Terceira, and the renovation of the Lagoa do Fogo Viewpoint on São Miguel; completion of projects to support visits to the Congro lake on São Miguel, as well as visits to Monte da Guia and the Pedro Miguel Nucleus of the Faial Botanic Garden.

At the ordinary meeting of this council, two proposed changes to ordinances were also presented, one amending the ordinance that approves the Pico Mountain Nature Reserve Access Regulation, as well as a proposal to amend the ordinance approving the regulation on the circulation of motorized vehicles in Fajã da Caldeira de Santo Cristo and the PR1SJO trail section between Fajã dos Cubres and Caldeira de Santo Cristo, in the Fajãs do Norte Protected Landscape Area, on São Jorge island.