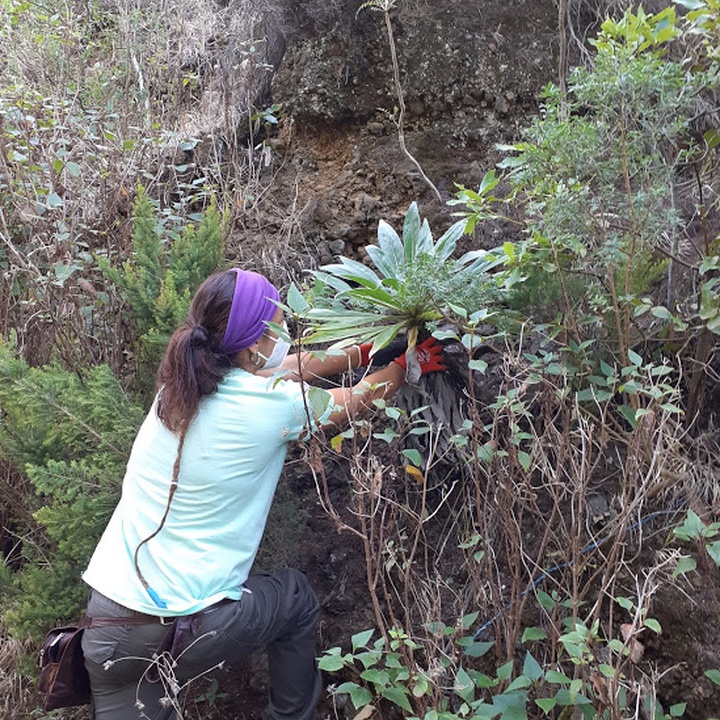 The inappropriate use of endemic species of the Canaries as ornamental, distancing them from their place of origin on the island or habitat, can cause serious problems such as hybridization since they can cross-pollinate with those that grow naturally in the receiving area, thus threatening its genetic diversity.

This is the case of the species Echium simplex, in which its use in a garden in La Palma will originate hybridization with an Echium brevirame species. To avoid this end, measures will have to be taken, one of which is removable, as we can see in the photo of the La Palma operation team at Las Toscas Viewpoint (Villa de Mazo).