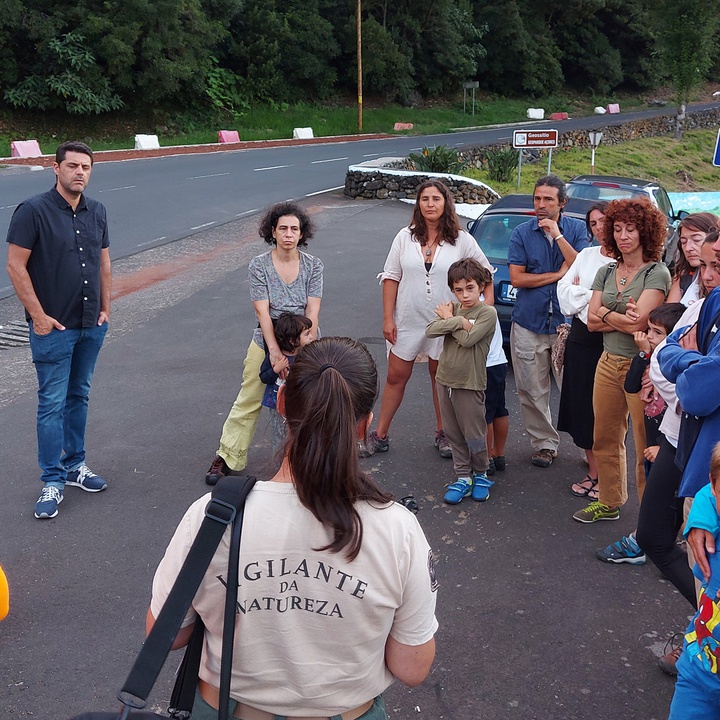 The Regional Secretariat for the Environment and Climate Change, Alonso Miguel, celebrated, at Alagoa, Agualva, on Terceira island, the International Bat Night, as part of the 26th edition of the European awareness campaign promoted by the Secretariat of EUROBATS – Agreement on the Conservation of Populations of European Bats.

The governor said that “this symbolic action, which included activities on all the islands of the archipelago and for the entire population of the Azores, aimed to stimulate curiosity and promote knowledge of these protected species in the Azores. It also seeks to make known their relevant ecological role, particularly in controlling insect pests, as they feed on flying insects such as moths, beetles, mosquitoes and termites”.

"The activity consisted of an invitation to listen to the bats through an ultrasound detector. This device allows us to listen to the sounds emitted by these species, which allows us to identify the behaviour and the species detected, in the company of park rangers, who explain the monitoring and protection actions that these professionals implement in the Azores," he said.

The Regional Secretary explained that "although there are around 1.400 bat species, of which 25 have been identified in mainland Portugal, in the Azores only two bat species are known: the Azorean Bat (Nyctalus azoreum), which is the only mammal endemic to the Azores and whose worldwide distribution is restricted to the islands of the Central and Eastern groups of the Azores archipelago, and the Madeira Pipistrelle (Pipistrellus maderensis), which is endemic to Madeira but is also present in the Canary Islands and the Azores, namely in the islands of Flores, Corvo, Pico, São Jorge, Graciosa and Santa Maria. Both species are protected by Bern Convention, Habitats Directive, Bonn Convention, EUROBATS Agreement, and also by the Legal Regime of Nature Conservation and Biodiversity Protection of the Azores in force in the Region".

According to Alonso Miguel, the Regional Directorate for the Environment and Climate Change coordinates the census of these species and park rangers and technicians from the Environment and Climate Change Services on each island carry out the fieldwork, for which they have received specific training, with the aim of monitoring these protected species, and whose data is reported in the Habitats Directive national reports.

Alonso Miguel took the opportunity to announce that "given the importance of these species and given that there are currently no research projects in the Azores in this field, the Regional Secretariat for the Environment and Climate Change, within the LIFE IP AZORES NATURA project, has an action specifically directed to the study and protection of bats, which will culminate with the preparation of an Action Plan for the Conservation of Nyctalus azoreum".