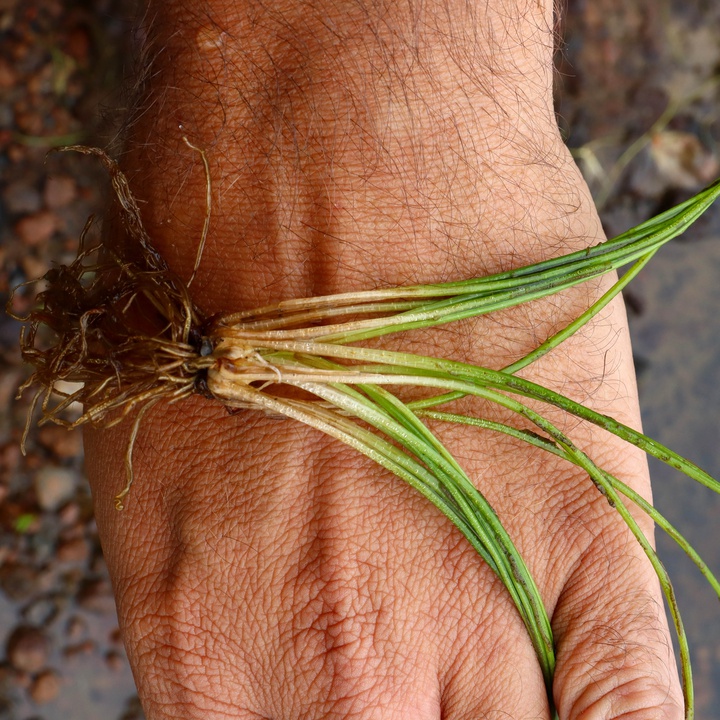 A population of Isoëtes azorica was found on Flores island

The LIFE IP AZORES NATURA project confirmed the existence of a population of the endemic and protected species Isoëtes azorica, on the island of Flores, of which there was already a historical record, within the scope of Action C3.1 (Ex-situ conservation) and the surveys for the target species.

This population was found on the margins of Lagoa da Lomba (lake), and its size has yet to be determined with greater precision.

The species Isoëtes azorica is an aquatic fern of which there are few records on the island of Flores, and whose current conservation status is considered Unfavourable Bad (U2) by the Habitats Directive.

The Regional Secretariat for the Environment and Climate Change is making efforts to improve the conservation status of this species, through the LIFE IP AZORES NATURA project and the Azores Seed Bank, creating conditions for the improvement of its habitat and developing protocols for propagation to reinforce the natural populations.

Find out more at www.lifeazoresnatura.eu/en/