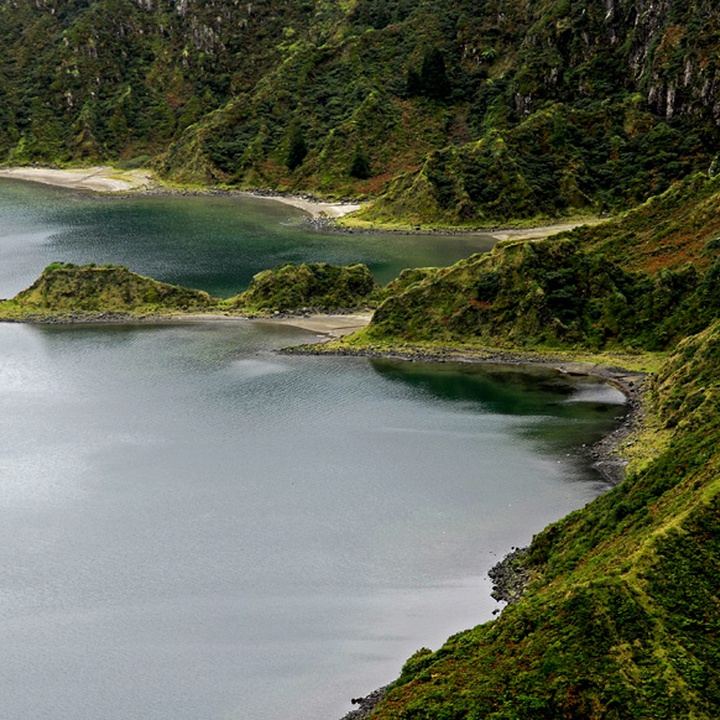 In 2021, World Wetlands Day highlights the water crisis that threatens people and our planet. The conservation of Wetlands is crucial to not only ensure the balance and viability of ecosystems, but also to tackle climate change, especially considering that the use of water is much greater than the capacity for its replacement by nature, a fact which leads to the destruction of these unique, complex and fundamental ecosystems to ensure natural services essential to life - wetlands.

These actions, promoted by the Educational Services of the Nature Parks, consist mostly of field trips to observe in loco the particularities of these places and awareness sessions on the theme with the school public, always highlighting the importance of these areas rich in water for the balance of ecosystems.

As part of this event, an informative video was also prepared on the functions of wetlands, where some Azorean specificities are particularized.

The Regional Directorate for the Environment and Climate Change will also participate in the national celebrations, through one of the speakers on the webinar "water, wetlands and water", which will take place over the 2nd of February, organized by the Nature and Forests Conservation Institute.

World Wetland Day comes from the Convention on Wetlands, known as the Ramsar Convention because it was adopted on February 2, 1971 in the Iranian city of Ramsar.

This convention aims to promote international cooperation and encourage the conservation and sustainable use of wetlands, since these are the richest and most productive ecosystems in the world in terms of biological diversity, where water is the structuring element, it's fundamental to adopt adequate protection and management, as they are very sensitive places.

Portugal ratified this Convention in 1980 and has 31 Wetlands of International Importance classified under this treaty (Ramsar sites), including those located in the Azores archipelago.

In the Region, wetlands, in addition to being the essence of a significant part of the islands 'ex-libris' landscapes and, therefore, fundamental in the regional tourism panorama, are also associated with relevant natural processes related to the retention of water resources and the prevention of floods and landslides, which is why the involvement of local populations in the conservation of these habitats is of great relevance.

All of these sites, with the exception of Paul da Praia da Vitória, are part of the Azores Protected Areas Network and are managed by the Regional Directorate for Environment and Climate Change, through the Island Nature Parks and the Department of Nature Conservation Services of the Nature and Environmental Awareness.

In the Azores, several Nature Conservation projects under the European LIFE program are underway, with the objective of safeguarding the wetlands of the Region, namely: LIFE VIDALIA, LIFE IP AZORES NATURA, LIFE BEETLES and LIFE IP CLIMAZ.