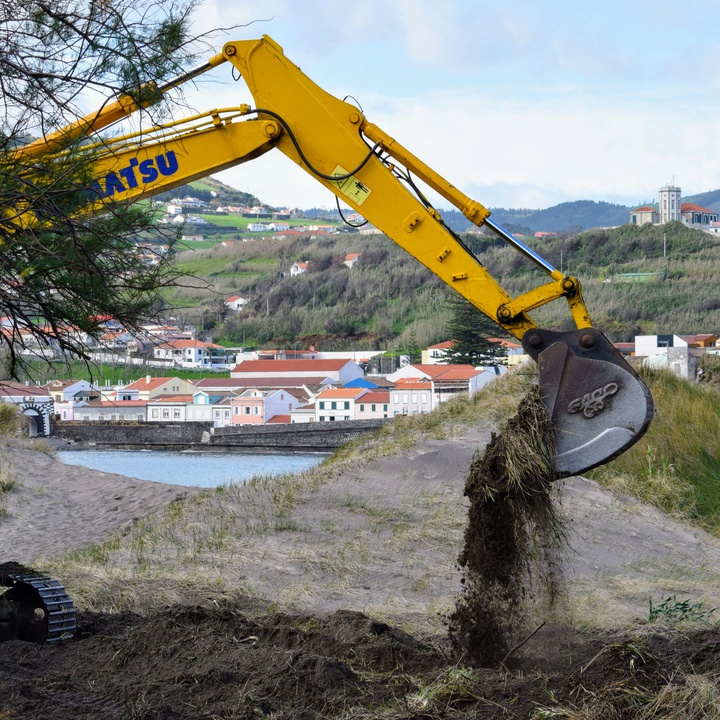 What are they doing at Monte da Guia?

We will answer the question that will be asked in the coming days. Next week, a control action of invasive alien species will begin on this intervention area of the LIFE VIDALIA project. Through mechanical methods, it will be possible to combat the proliferation of several invasive species. The main focus will be on some herbaceous species that cover a large part of the ground in that area, particularly Stenotaphrum secundatum. The invasive alien species are one of the main pressure factors on the natural vegetation of Entre-Montes, where there is a small population of Azorina vidalii, one of the target species of the project.

After the superficial removal of the plant layer of the invaded areas, a new phase will begin – the restoration of this habitat. Festuca petraea, Erica azorica, Solidago azorica and Azorina vidalii will be some of the endemic species, characteristic of this area, to be reintroduced to strengthen the population of these species.

This intervention will allow making progress with the conservation action C.4: Complementary conservation works for IAS Control/Eradication in the intervention zones and buffer zones, which is already progressing by 49%.

The Regional Secretariat for the Environment and Climate Change invites you to discover more about this action on https://www.lifevidalia.eu/en/implementation-actions/.