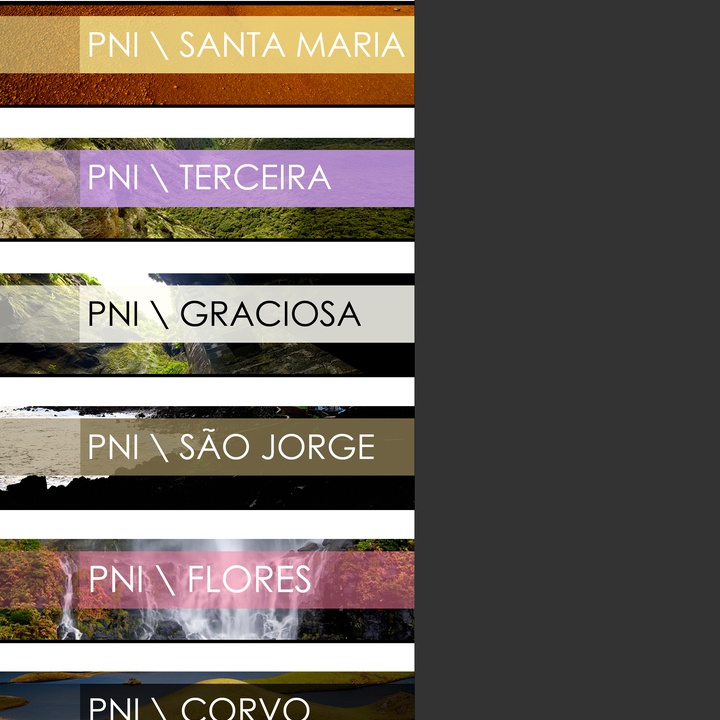 The Government of the Azores puts the Management Plans for the Land Areas of the Natural Parks of the Islands of Santa Maria, Terceira, Graciosa, São Jorge, Flores and Corvo into public consultation

The Government of the Azores, through the Regional Secretariat for the Environment and Climate Change, placed, until August 10, in public consultation, the preliminary proposals for a Regional Regulatory Decree that establishes the management and use rules to be observed in the Management Plans for Land Areas of Nature Parks from the islands of Santa Maria, Terceira, Graciosa, São Jorge, Flores and Corvo.

The Azores Protected Areas Network includes 124 protected areas, distributed across the nine island Nature Parks and occupying 56,066 hectares of land, which corresponds to about a quarter of the emerging territory of the Archipelago. This Network's basic management unit is the Island Nature Park (PNI) and for its full functioning they needed the implementation of Management Plans.

The Management Plans for Land Areas of the Islands Nature Parks (PGPNI) aim to respond to the challenges posed to the management of the respective protected areas, through the establishment of regimes to safeguard natural resources and values ​​for the various categories of protected areas that make up the Nature Park, establishing the uses and management regime compatible with the sustainable use of the territory, in conjunction with the territorial management instruments in force in the area of ​​intervention.

With these proposals, the Government of the Azores aims to ensure biodiversity, through the conservation or restoration of natural habitats and wild flora and fauna in a favorable conservation status and the protection, management and control of wild species, but also to protect the biological diversity and the integrity of geological values, ensuring their articulation with compatible human uses.
The proposal of the Government of the Azores also aims to prevent the deterioration of natural habitats and species habitats, promote their effective protection, as well as the landscape, keeping a permanent watch on the respective conservation status, adopting the necessary policies to ensure its maintenance.

The documents that integrate these plans, as well as the public participation forms, are available on the Territory Planning Portal, at www.ot.azores.gov.pt, and at the address https://portal.azores.gov.pt/web/gov/consultas and also in the services of the Regional Secretariat for Environment and Climate Change based on São Miguel island and in the Environment Services of Ilha de Santa Maria, Terceira, Graciosa, São Jorge, Flores and Corvo.

With the objective of promoting the active participation of citizens and informing all interested parties about the proposals for the Management Plans for Land Areas in the Nature Parks of the Islands of Santa Maria, Terceira, Graciosa, São Jorge, Flores and Corvo, the Regional Secretariat for the Environment and Climate Change will promote public sessions on these islands, on dates and places to be announced.

In 2020, the Management Plans for the Land Areas of the Natural Parks of the islands of São Miguel, Pico and Faial were approved.