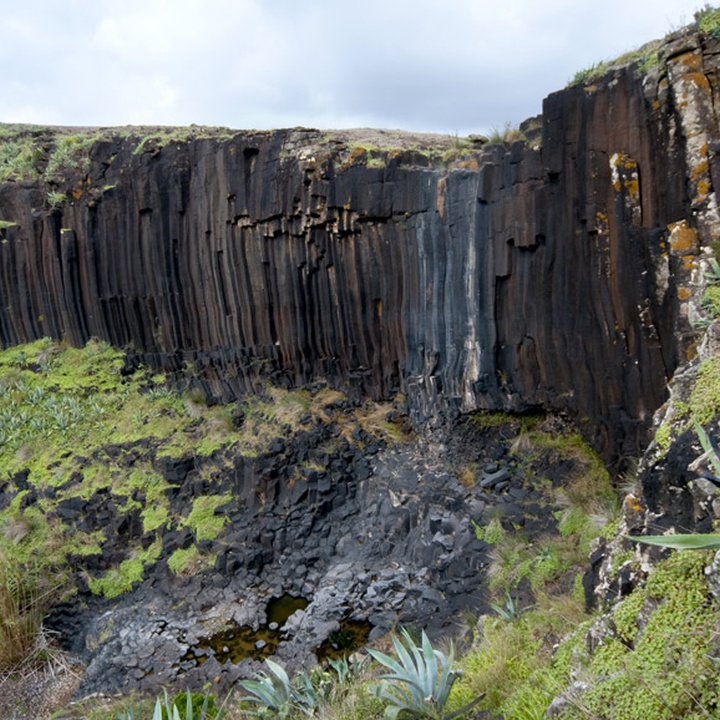 The prismatic jointing, or columnar, forms in lava flows that moved on the slopes or flanks of the volcano (in the terrestrial system and without any interference with water). The contractions that are generated within the flows, as it happens the cooling and solidification of the lava, open cracks, developing prisms or columns, perpendicular to the horizontal cooling surface, so prisms acquire a vertical configuration. However, when lava flows occupy ancient river valleys, the basis of the flow evidence often a columnar jointing fan, or arched, as seen in various locations around the coast of Flores Island.

In the Azores, there are several examples of prismatic jointing in geosites of Rocha dos Bordões, on Flores Island, and the Ribeira do Maloás, on Santa Maria Island, where this columnar jointing achieves greater strength and monumentality.