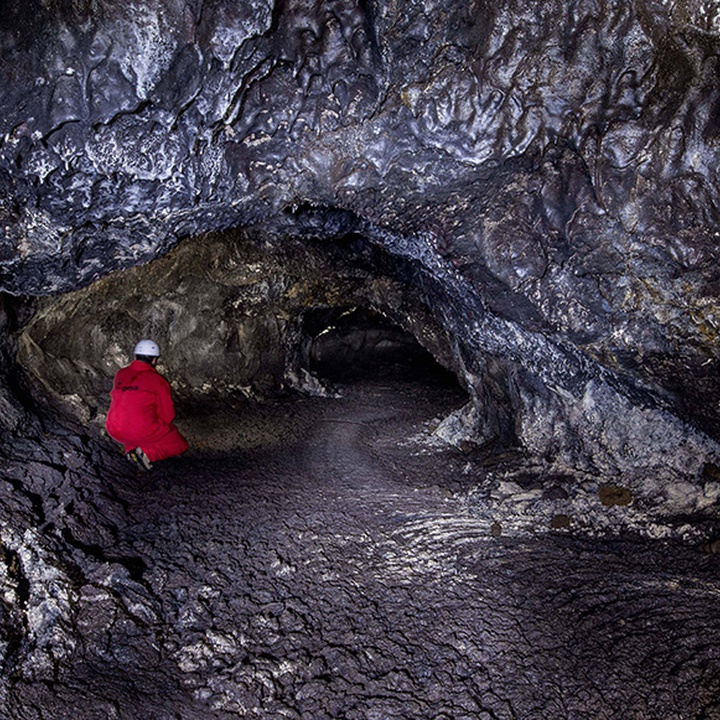 Volcanic caves (caves and grottos) represent important volcanic underground forms.
The lava caves or tunnels are intrinsically associated with pahoehoe lava flows, by the cooling of its surface and lateral parts as the flow moves along the slopes. They are elongated in the direction of the flow and can reach several kilometres long by a few metres high, such as the Gruta das Torres (cave on Pico Island), the largest of the Azores, about 5150 metres long.

The volcanic grottos correspond, mostly, to old pipelines of volcanic cones, completely drained of lava, as is the case of the Algar do Pico Queimado, on the island of São Miguel, with more than 30 metres deep and whose genesis is associated with the eruption of 1563 A.D.