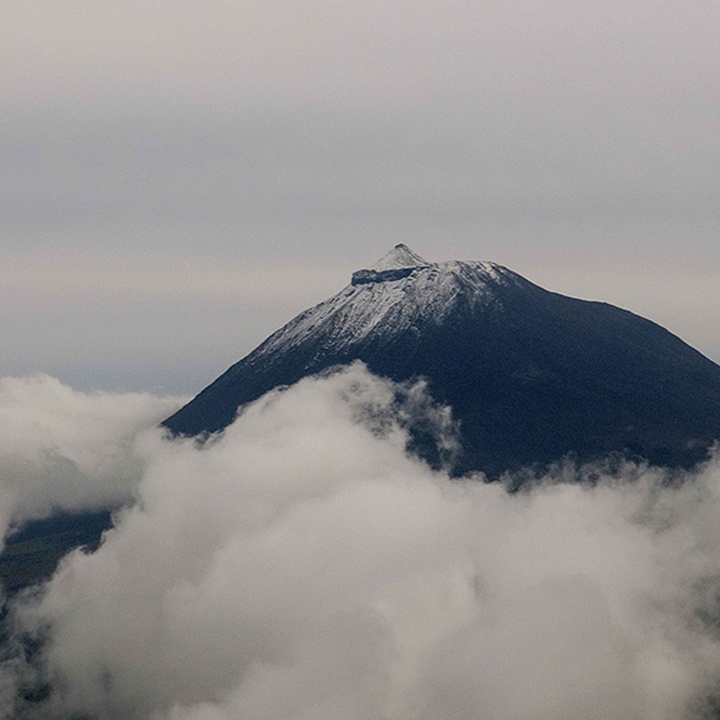 The stratovolcanoes or composite volcanoes are large polygenetic volcanoes composed of pyroclastic stacks and lava flow stacks, and are most of the large terrestrial volcanoes.

The inclination of the slopes depends on the balance angle of the pyroclasts, while lava stages are responsible for the strength and bearing capacity of the volcanic edifice. They are common inclinations of the slopes of 20 to 30°, to the cone heights of several kilometres.

Many composite volcanoes, such as Pico Mountain, result from frequent eruptions on top of the volcano, on a crater or caldera. The cone takes a symmetrical profile, circular outline and high altitude; it can be modified due to mass movement on slopes, to the occurrence of eruptions in the secondary sides, or even due to the presence of a caldera on top of the volcanic edifice.

The inclination of its slopes is constant or gradually rises to the top. At the base gradually go to the surrounding landscape.