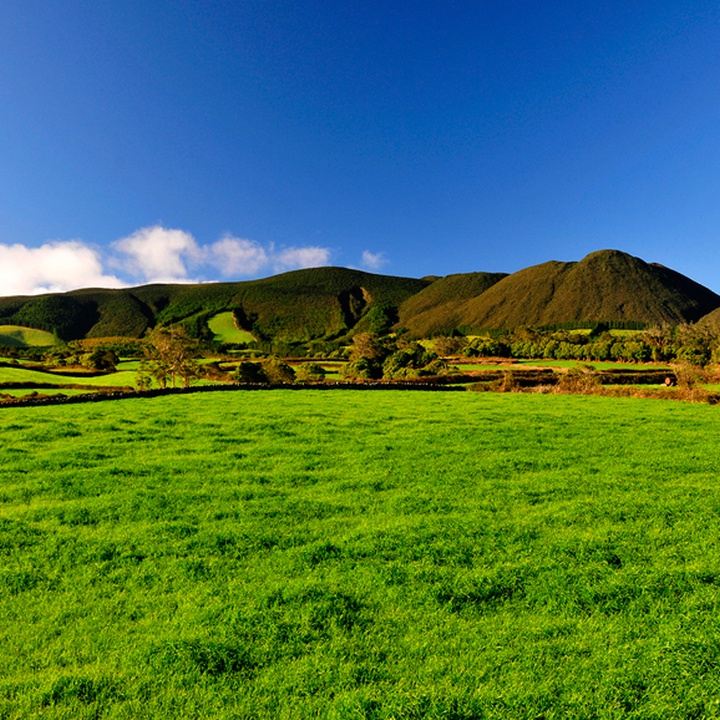 The domes are formed when the lava is very viscous and has difficulty flowing, accumulating on the pipeline. Some domes are associated with the rise of solid material or partially solid, blocking the terminal areas of pipeline.

The coulées correspond to very thick lava flows (usually more than 100 m), massive and often glazed (with obsidian) moving on steep topographies so the flow get greater dispersion relative to the vent.

The main characteristics of these extrusive volcanic forms are very steep slopes, no crater and in the case of domes, circular or oval contour in plan.

These monogenetic forms show internal structure according to concentric layers and external levels composed of fragmented and loose material that results from the fracturing of the solidified crust of the dome or coulée as it grows or moves.

The Terceira Island is the richest in domes and coulées.