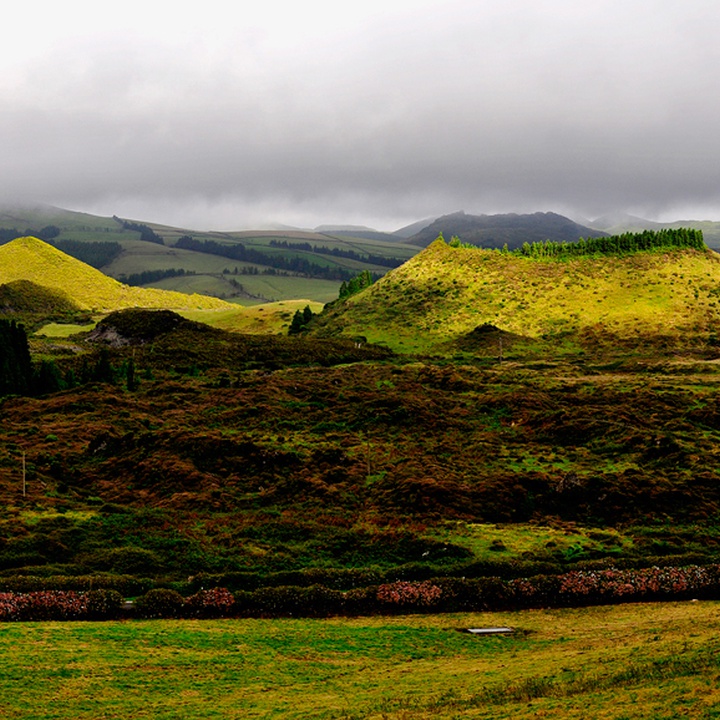 Scoria cones are the most common monogenetic volcanic forms, represented by about 1750 Azorean volcanoes. They are formed by basaltic pyroclastics with varying dimensions (bombs, lapilli and ash), and may have low levels of lava flows.

They have a well-defined conical form, rectilinear or slightly concave slopes of the slopes (with inclinations which rarely exceed 33°), and sometimes an explosion crater at the top. The region of the "Complexo Vulcânico dos Picos” (Volcanic Complex in São Miguel Island) is a vast field of scoria cones and associated lava flows.

Scoria cones are built up following a strombolian volcanic eruption and can occur in calderas of polygenetic volcanoes or their flanks, forming adventitious cones, secondary or parasites. They may show a multiple crater and distribute on the ground by alignments, because its building is controlled by tectonics (fractures or active cracks).