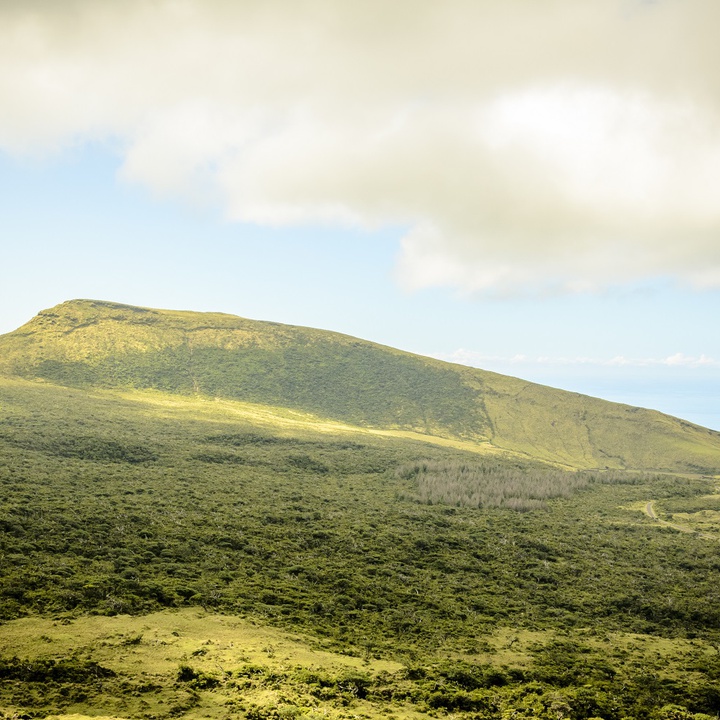 The shield volcanoes are formed due to effusive basaltic eruptions and correspond to large volcanic polygenetic edifices, conical flattened, very long and with mild slopes, ranging from 4° to 6°. With a circular or elliptical shape, in plan and in profile, resemble the old coats of arms (shields), therefore their name.

Resulting from stacking of basaltic lava flows, fluid and slightly thick, issued either from the same vent implanted in the top of the volcano or from cracks. On top are common craters or collapse calderas.

The shield volcanoes correspond to the largest volcanic sets of Earth, for example the case of the volcano Mauna Loa (Hawaii) and the Solar System, such as the Mount Olympus on Mars. In the Azores, the shield volcanoes are represented by the Topo volcano, on the island of Pico and the Ribeirinha volcano (photo), in Faial.