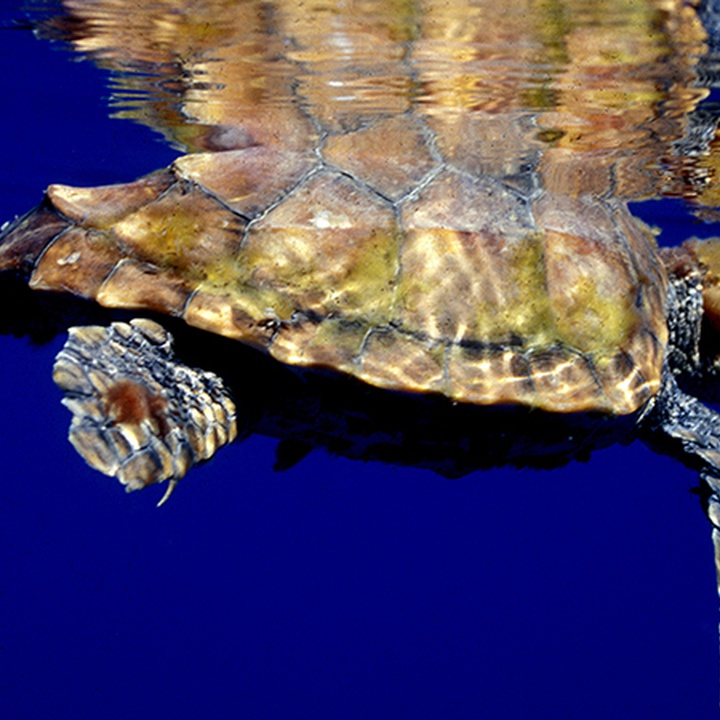 Conservation Status: this species is threatened, according to the International Union for Conservation of Nature (IUCN).

It is the most common turtle in Azorean waters and feeds itself mainly of jellyfish and also of molluscs and crustaceans. It reaches 90 centimetres in length. It nests on the American coast on sandy beaches.